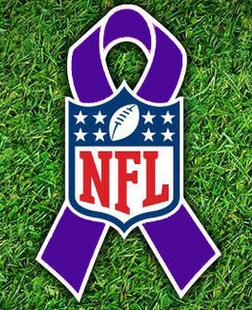 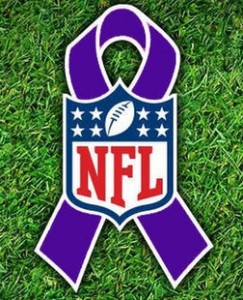 Domestic abuse is not a topic people usually talk about. That changed last week when a video surfaced showing NFL player Ray Rice knocking out his then-fiancée, now-wife with a punch to the face. His NFL team, the Baltimore Ravens, cut Rice from the team, and NFL Commissioner Roger Goodell suspended him indefinitely. The conversation took to the social media and mass media airwaves and discussions about domestic violence, the NFL’s response, and the culture and business of professional football trended. 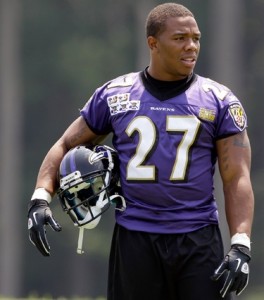 Things did not get better for the NFL. On Friday, Adrian Peterson, the Minnesota Vikings star, was indicted for “reckless or negligent injury to a child,” child abuse charges stemming from spanking his child with a switch, a tree branch without leaves. The grand jury decided his actions “[exceed] what the community would say is reasonable.” The Vikings deactivated Peterson for Sunday’s game. There was no immediate reaction from NFL Commissioner Goodell; however, a conviction is unnecessary for Goodell to impose a punishment.

Domestic violence, or Intimate Partner Violence (IPV), is defined as violence or abuse by one person in a relationship, including marriage or dating, against another person. Most of us think of domestic violence as physical violence, but this is only one part of it. Domestic violence includes five types of behavior. 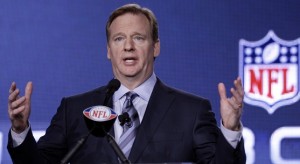 People of all socioeconomic classes and races are victims and abusers. Read statistics and facts about domestic abuse. However, there are warning signs to be aware of and questions you may ask to determine if a relationship is abusive. Although most abuse victims are women, men too can be IPV victims. Each case is unique with special considerations; however, most abuse follows a cycle.

As though bruises and broken bones are not horrible enough, the consequences of domestic violence go beyond physical injuries. Abuse impacts victims’ health, decreases their productivity and socioeconomic status, and often jeopardizes their housing. Domestic abuse is a silent epidemic that involves not only victims and abusers, but their children and families. Read how domestic abuse impacts children, and about some of the complications that face victims and advocates. For many victims, having a place to go is an important consideration when deciding whether to seek help. Read statistics about housing and domestic violence. 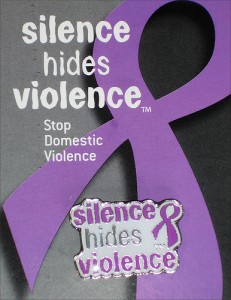 One value in having a national conversation about domestic abuse, something we don’t want to talk about because it’s horrible and makes us uncomfortable, is that it offers us an opportunity to fix our misconceptions. And, there are many misconceptions about domestic abuse. One common myth is that if abuse were that bad, the victim would just leave.  Instead, of “Why doesn’t she leave?” the question should be, “Why doesn’t he stop?”

Public incidents, like the viral and graphic TMZ video that shows Rice punching his fiancée, also offer us a chance to do some collective soul-searching. This is a good time to examine the cultural biases and attitudes that make domestic abuse pervasive and hidden. We might also think about our attitudes toward gender and why victims are predominantly females and abusers are overwhelmingly male.  A good person to lead this conversation is Tony Porter, co-founder of A Call to Men: The National Association of Men and Women Committed to Ending Violence Against Women. Porter describes what he sees as the collective socialization of men, the Man Box. He breaks down how the attitudes inside the Man Box limit men, and how they influence how men treat women, build relationships, raise children, and interact with the world. Listen to Porter’s TED Talk, A Call to Men. Then consider 10 things men and boys can do to break out of the box. Accept Porter’s challenge: which of these 10 things will you do first?

Much has been said and written this week about the NFL’s response to the Rice video. Some critics claim Commissioner Goodell did not do enough to uncover the truth when a first video showed Rice dragging his fiancée from the elevator. Hear Porter discuss the initial Rice punishment—a two-game suspension—on the Tom Joyner morning show.

One common myth is that domestic violence is a private affair and that employers, neighbors, and others should not get involved. But domestic violence does affect the workplace. And, though the bottom line should not be the primary concern, protecting employees from domestic abuse is financially prudent. Read more about how employees can support domestic violence victims. Only 12% of companies do not have domestic violence policies. This means they struggle to respond appropriately and effectively when incidents arise. Case and point: the NFL. In light of the second Rice video, the one showing him abuse his fiancée, the NFL has invited Tony Porter to help them revise their domestic abuse policy.

By talking about gender and violence in America we can transform our understandings of ‘man’ and ‘woman’, hold abusers accountable for their behavior,  and create new dynamics for personal relationships—ones built on equality and not power and control.

As you read the local newspaper this week, look for articles, comics, and editorials that show how we define 'man' and 'woman.'  Collect these articles. How does each add to our understanding of 'man' and 'woman?' What limits does each reveal? What attitudes does each strengthen? Where do you agree or disagree and why? On Thursday, share copies with classmates of the article that resonates with you the most. On Friday, have a class round-table discussion in which you discuss all the articles and the connections you find between them.