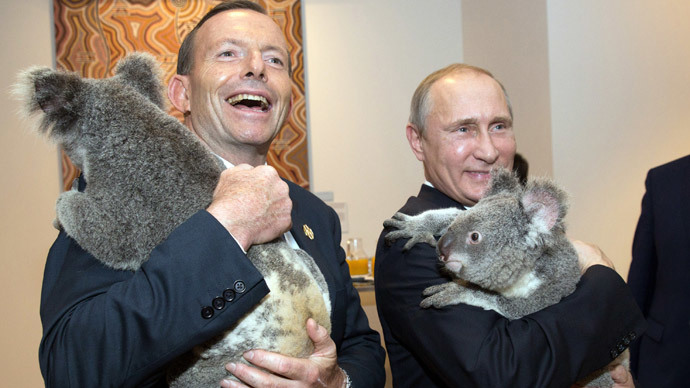 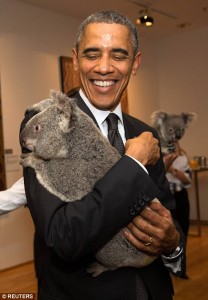 The Group of 20, or the G20, concluded its 2-day meeting in Brisbane, Australia yesterday. Every year, 19 nations plus the European Union, which represent the mightiest economies, send their central bank leaders, finance ministers, and governors to meet in a forum where global economic issues are discussed, policies are compared, and objectives and intentions are planned. The meeting is held in the country of the current president of the G20 (which changes annually).

In 2008, former Canadian Prime Minister Paul Martin proposed and organized the first summit of 20; they met in Washington, D.C. The G20 represents nations that control more than 85% of all current money circulating in the world. Each nation’s economic and financial leader meets with global leaders from the International Monetary Fund (IMF), the World Bank, and the World Trade Organization (WTO). Talks are focused on the most pressing economic and financial issues of the day including nations that continue to exist in extreme poverty, global recession, international health concerns, terrorist activity, climate change, and sustainable plans for long-term global financial security. 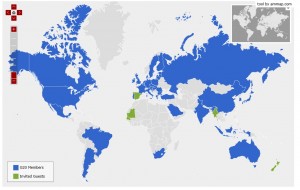 Who are the Group of 20 and What do they do?

Start by reading Read the Economy Watch G20 Summit 2014 - A Preview and History Lesson. Follow with What does the G20 actually do from the Brisbane Times. Next click over to the G20 Web site and read their About page. Click over to the Member Map. Use the interactive map to explore which nations are members and which have been additionally invited. Make a list of the 19 G20 Nations (and the EU).

Stay on the G20 Web site to explore A G20 Agenda for Growth and Resilience in 2014. Along the menu bar at the top, hover over ‘G20 Priorities’ and then hover over ‘G20 2014 Agenda’ and click through each of the  10 items listed. Make a chart and list each agenda item and in your own words, explain why each is a vital topic for G20 discussion. 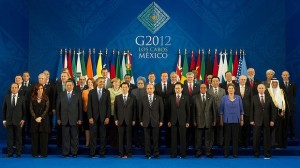 This year’s G20 Summit met in beautiful Australia and had special guests – koalas! Gathering the most powerful financial leaders from the top nations together in one meeting can be a bit daunting. Stress and tension surely runs high as the leading experts jostle for positions of interpretation and influence for the benefit of an improved global economy, but also for the advantage of their own nations. What better way to break the ice than to bring in the koalas! They really did that! Read and look at the photos and video - At least these little guys are up for some shirtfronting! G20 leaders pose for a photo and a cuddle... as some adorable koalas show them some very Australian hospitality from the Daily Mail. Take a look at more fun photos of G20's koala diplomacy: world leaders show their cuddly side – in pictures from The Guardian. 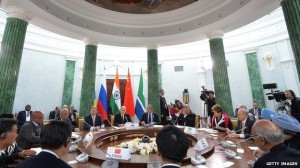 This year’s summit concluded this past weekend. What came of this massive meeting of the financial geniuses of the world? Read the news.com.au G20 Summit Brisbane 2014: Was it all worth it?

According to this article, the Brisbane action plan included the following objectives: 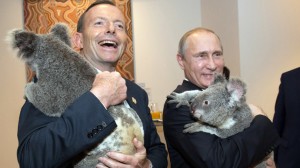 The koalas certainly helped to take the edge off, and USA Today reported that Good cheer masks Ukraine tension at G-20 summit. According to the Washington Post, G-20 leaders agree on $2 trillion boost to growth. Climate change also was a significant consideration. Read G20 commits to fight climate change; Russia isolated over Ukraine from the Chicago Tribune. What will the U.S. do? Read the Huffington Post article Obama To Commit $3 Billion For Climate Aid.

As the nation’s representatives at the G20 headed home, each left with a renewed sense of purpose for building a stronger, more unified global economy while also ready to apply some of what they learned in their own countries. The annual summit has provided a forum for a meeting of the financial minds from all over the world. Numerous important topics were discussed and this exciting event provides a continuing purpose for cooperation amongst all of the world leaders. 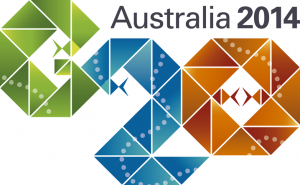 As you read this week's local newspaper, follow the post G20 discussions. Consider the objectives that this year's Group of 20 discussed. Create your own list of objectives in order from most to least important to you. Provide an explanation for why you feel each topic is important to the health of the global economy. Share your list with a classmate and compare the priorities. Create a merged class list. Consider your top priorities with those of your classmates.