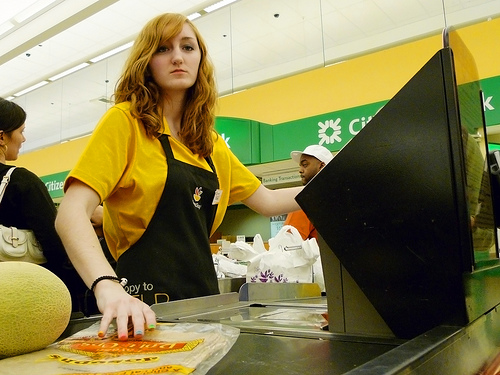 What is the Right Minimum Wage? 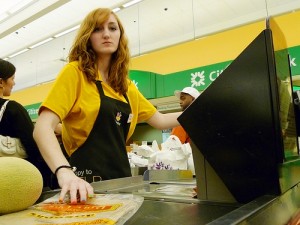 A grocery bagger, a burger flipper, and a cashier—these are all minimum wage jobs. How much do you think people who hold these jobs are paid an hour (before taxes)? If you guessed $10, you aimed too high; if you said $6, you guessed too low. The current minimum wage is $7.25. In his State of the Union address in January, President Obama suggested it be raised to $10.10. This week Mitt Romney joined the call for a higher minimum wage; however, the idea does not have wide-spread Republican support. 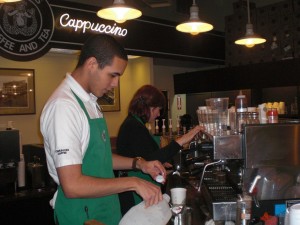 This week, learn more about the history of the minimum wage, how wages across the United States compare, why the difference in a few dollars matters, and why earning more money is such a controversial idea.

The minimum wage took root long ago in America, but not without a fight. Read and listen to NPR’s Birth of the Minimum Wage. 78 years later, Americans continue to argue about the merits of a minimum wage. What could be wrong with earning more money? It all depends on which side of the paycheck you sit. If you are the one earning it, you’d likely welcome a higher wage. But if you are the one paying the higher wages, you might protest. 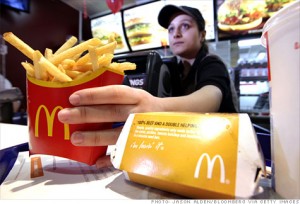 Supporters claim more money in people’s pockets will help the economy. A fight over minimum wage may benefit Democrats during this mid-year election issue if draws supporters out to vote in November. It could also benefit Republicans supporters, like Romney, if it encourages traditionally Democratic voters to vote Republican.

Opponents claim a higher minimum wage will force businesses to raise prices or to cut jobs, both of which would not benefit the economy. Republicans who defend the current wage also please businesses, who may show their appreciation via campaign dollars.  Read and listen to the NPR article, Help or Harm, and hear more from each side. 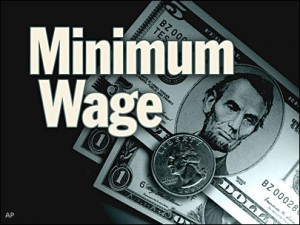 The White House took its case to the internet with a new interactive website titled Raise the Wage. Hover over states on the interactive map to see what the current minimum wage is across the country. Click the Resources box in the right margin and change the filter to Number of workers affected. Where does your home state fall in both categories? Scroll down to the second map to see the White House projections for how a minimum wage hike would affect a household’s ability to pay for rent, groceries, gasoline, and electricity. Use the drop-down menu in the right margin to explore each category. What questions do you have about the statistics presented on this map? How might opponents respond?

Historically, minimum wage jobs were ones held by teenagers. That has changed. That change is a large part of the current debate over minimum wage. Read more about today’s typical minimum wage worker in two FiveThirtyEight blog entries: When Living Wage is Minimum Wage, and about the Typical Minimum Wage Earners aren’t Poor, but they’re not Quite Middle Class. 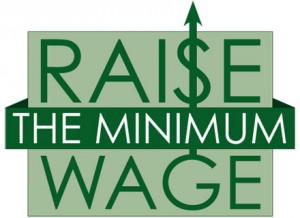 Author Barbara Ehrenreich wondered what it would be like to work a minimum wage job and live on the minimum wage. She went took a series of minimum wage jobs. Her best-selling book, Nickel and Dimed: On (Not) Getting by in America, shared what she learned. Hear more about her undercover experience.

Do you think you could live on the minimum wage? The New York Times interactive challenges you to consider this question. 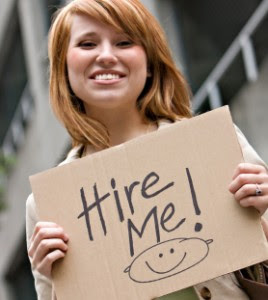