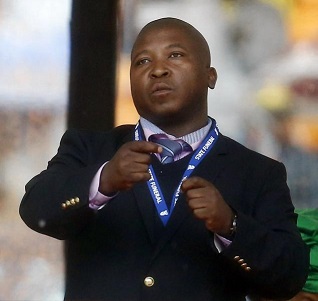 I See What You are Saying 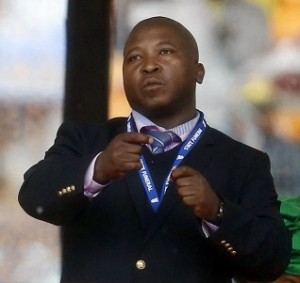 Nelson Mandela’s body traveled across South Africa last week toward his ancestral home village and final resting place. Along the way, he was remembered and celebrated by world leaders and South Afrikaans during a memorial service on December 10. As is often the case, a sign language interpreter translated the service for the deaf community. The sign interpreter, Thamsanqa Jantjie, faced swift and heavy criticism from the deaf community for signing gibberish. He was accused of being a fraud, the company that hired him disappeared amid the furor, and the South African government launched an investigation into the case of the phony interpreter. It was an embarrassing moment for South Africa's send-off of the revered Mandela. Of course, the big question for those who do not speak sign language was, What did Jantjie's signs mean!? Late night host Jimmy Kimmel invited a sign language interpreter to translate what Jantjie’s signed.

The incident focused the world’s attention on a language that many of us have seen but few of us speak. Sign language, the language used by the deaf community to communicate, is a complex language of hand gestures. For your hands to create meaning, five things matter: the shape of your hand, your hand movement, location, and orientation, and non-manual markers (such as facial expressions and body movement.) Small changes in any of these changes the meaning of the sign. Come learn how sign language works. 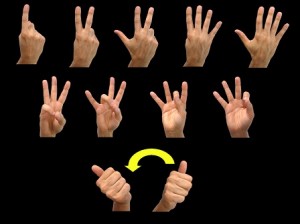 People who are unfamiliar with sign language may think sign language is equivalent to a word-by-word translation of spoken languages only with gestures. This is not the case. Visit HowStuffWorks and discover how sign language works. Sign language uses both gestures that represent objects (man, tree) and an alphabet of signs. Learn more about the ASL alphabet. ASL also does not follow the same grammatical patterns as spoken English. It is also not the only sign language used by Americans. Before you try to string some letters together and strike up a conversation, you might want to learn sign language etiquette. 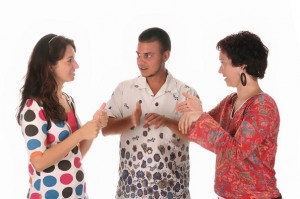 Like all languages, if you are interested in learning ASL, it helps to have interactive examples.  To learn ASL, videos that show how to move your hands, face, and torso are essential. SigningSavvy.com shares several helpful resources. To find a word, open the dictionary and search for individual terms, or search by first letter. The box in the upper right corner also shares word lists, for example colors, states, and animals. Click on a word to view a video demonstrating its sign in action.

People interested in learning ASL may want to visit ASL University, an organized collection of online resources for students. Begin with the 100 first signs, finger spelling, and numbers. Try your hand at finger spelling practice sheets. Once you have mastered these, challenge yourself to a finger spelling photo quiz or a video quiz (click ‘new word’ and set your parameters.)  If you decide to pursue ASL, check whether you can receive academic credit for ASL classes. Some schools consider it a foreign language. 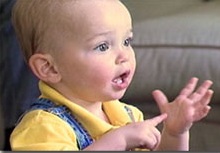 Imagine life without language. Your thoughts would be trapped inside your mind. You would be unable to communicate with others. If that sounds frustrating then you will probably understand one recent trend involving sign language. Some parents of pre-verbal children—children between 4 months and 2 years—use American Sign Language (ASL) with their children. So-called Baby Sign Language allows infants and toddlers who have not yet amassed a vocabulary to communicate their needs and wants by using ASL. Common Baby Sign Language terms include ‘food,’ ‘water,’ ‘more,’ ‘please,’ ‘hot,’ ‘change,’ and ‘tired.’ Proponents claim Baby Sign Language can be understood by babies as young as four months old and used by babies once they have more finger control—between 6 and 9 months. 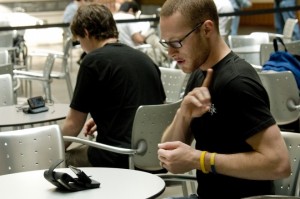 Language allows people to share ideas and to connect with others. However, there are dozens of languages worldwide. They do not share the same sounds, vocabulary, format, alphabet, or structure. As you read the local newspaper, pay attention to the language writers use. Which words seem especially powerful, beautiful, biased, important, confusing? Create a list of 20 words that you use most frequently because they are your style or because they are most important in your daily life. Use the resources in the article to learn how to say these words in sign language. Have a conversation in sign language with a classmate, or better still, someone who speaks sign language.