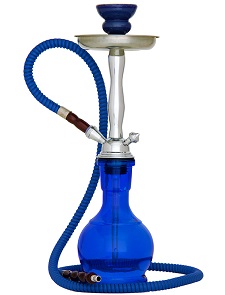 Switching Out the Smoke 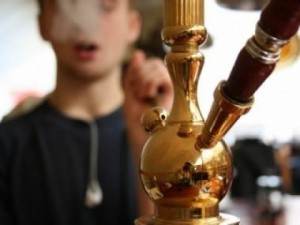 Hookah, also known as narghile, shisha and goza, has become a popular social networking smoking-oriented outing among high school and college students in the past few years. A hookah is a flexible water pipe that inhalers use to smoke flavored tobacco. It contains separate chambers for the tobacco and water. There is a prevalent myth that by smoking through a hookah, the nicotine and other toxins that are in traditional cigarettes are somehow removed. 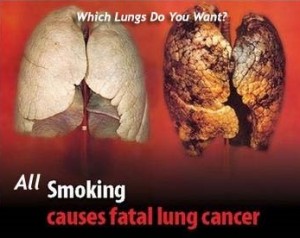 This is a dangerous misnomer; and high school and college students who are led to believe that they can join in the social smoking activities are exposed to the same risks as smoking cigarettes. In fact, according to the CDC, in one typical hookah smoking session, the inhaler breathes in 100–200 times the volume of smoke as compared to a single cigarette. In addition, hookah smoke has about 6 times more carbon monoxide and 46 times more tar than cigarettes.

Smoking … anything… puts the consumer at the risk of addiction; nicotine is a drug. And it is present in hookah. Smoking from the hookah poses the same health risks: cancers (oral, lung, stomach, esophagus, etc.), respiratory diseases, heart disease, and fertility problems. Hookah appeared on the scene quietly; the rumor of a safer way to smoke has helped to propel its popularity. Hookah’s long, 400-year history of use in India and throughout Asia adds to a sense of ancient historical health benefits. Unfortunately there are no health benefits at all and hookah provides just one more way for potential consumers to become hooked on nicotine and exposed to a myriad of long-term health issues. 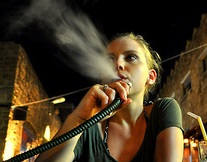 Recently, more and more health studies and health-based organizations have come out to alert the public about the harmful effects of hookah-style smoking. High school students are exposed to this and other drugs at some point or another and it is important that students learn the truth and facts about hookah. Check out these recent articles posted by various newspapers and news organizations around the nation. Nicotine and smoke toxins are devastating agents and young adults first introduced to hookah need to know the full details about hookah before they try and potentially become addicted to smoking.

According to a Monitoring the Future survey, in 2011, 18.5% of 12th grade students in the United States had used hookahs in the past year and according to the National Institute of Drug Abuse, in 2013, 21.4% of 12 grade students had tried hookah. And the number is reported to be rising still. It is well past the time where students need to find out the real facts about hookah. It is not an ancient health practice; it is a potentially deadly form of inhaling toxins and the drug, nicotine.

As you read the [target newspaper] this week, look for any information about hookah-style smoking. Research the health issues related to smoking from a hookah. Create a set of facts and talking points that you can use to educate and inform other students who believe that hookah is not as harmful as traditional cigarette smoking.