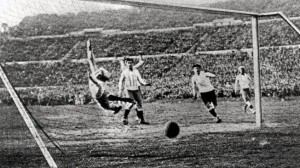 The Fédération Internationale de Football Association (FIFA) World Cup commenced Thursday, June 12 with a Brazil 3-1 victory over Croatia. Brazil, the host nation for the 2014 FIFA games, is pumped up to share the beauty, culture, and energy of its many cities in which the games for 32 countries will compete. Today, Monday June 16, the United States takes on Ghana (check the stats to find match updates and scores). This is the 14th game in the Cup; 50 more to go in which the world champions of fútbol will be determined. As you read and watch the news reports, you will notice an intense energy, drive, and devotion to the sport of soccer, or fútbol, as it is called around the rest of the world. 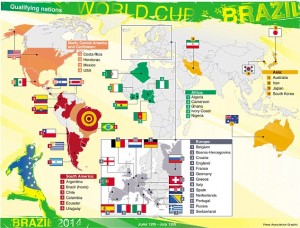 FIFA formed in Paris on May 21, 1904. Countries like Denmark, France, Sweden, Spain, Netherlands, Belgium and Switzerland signed the foundation document. The competition had a rough start; international disruption and lack of clear direction and organization prevented the nations from regularly meeting and playing. By 1920, a renewed interest and effort came into fruition and by 1929, the first official World Cup ensued in Barcelona with a victory by Uruguay. 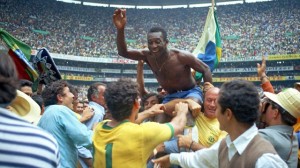 Today, with 209 associated nations, the world watches as the top athletes sprint, kick, head, block, and leap their way towards putting the World Cup ball into the goal. (Click the links to find out about the precise dimensions of an official World Cup ball and to learn more about the latest state-of-the-art goal line technology). Visit the official FIFA site and read their page on the development of the organization.

India's ZeeNews presents an excellent overview of the history of FIFA; read this article to learn more. Continue with FIFA: A review of the World Cups from 1930 to 2014 from the Pakistan's Express Tribune. Next review this Infographic: History of the World Cup from Bangalore's SportsKeeda news.

Brace yourselves! The 6th is coming! 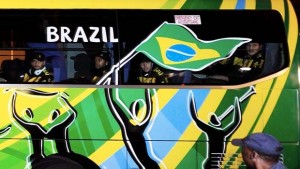 Brazil leads the pack with 5 previous World Cup victories. With this year's Cup in the vast, hot, colorful nation, they hope and even expect to take the 6th overall win.

The 2014 Brazil World Cup began not without some challenges. Preparing for the tournaments has been an expensive and time-consuming process for the country. Many citizens of Brazil are upset with the games; claiming that the vast amount of money that was spent on preparing for the games would have been better allocated towards improving the nation's economy and education.

Watch this ABC News' A to Z Guide to the 2014 World Cup. Then read the Wall Street Journal's report on the opening day's game and events. Click through the Baltimore Sun's 2014 FIFA World Cup Kicks off with Brazil vs. Croatia slideshow.

FIFA World Cup is the most widely viewed sporting event around the world, surpassing even the Olympics. They serve as a unifying factor in bringing so many countries together for a common event; yet they also encourage nationalism within every nation. As the games are played over the next month, continue to monitor the news not only for sporting updates, but for how the nation and the world reacts to the outcome of the games.

Choose a game that has already been played. Research to find out more about each country. Then read the local news to find out game details. Write your own summary of the game and make sure to include information about each nation that will bring some culture and history into your sports article.