Fever, muscle pain, vomiting and diarrhea, rash, internal and external bleeding. The symptoms may sound like a horror movie, but they are the very real symptoms of Ebola, a contagious tropical disease. The west African nations of Guinea, Sierra Leon, Liberia, and Nigeria currently face an Ebola outbreak. The World Health Organization (WHO) reported 660 deaths as of July 20, making it history’s deadliest outbreak of Ebola. 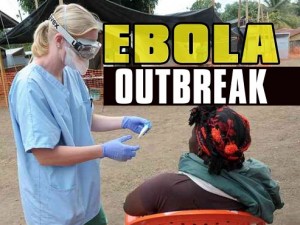 Meanwhile, in the United States, the Center for Disease Control and Prevention, the agency responsible for monitoring laboratories that study highly infections bacteria and viruses, faced fierce criticism and intense scrutiny for numerous safety violations that involved anthrax, tuberculosis, and H1N1 (avian) flu. A temporary moratorium was imposed on the handling of potentially deadly microbes pending safety inspections and an investigation. Last week, CDC Director Tom Frieden testified before Congress about safety lapses at more than two dozen labs. It is not the first time the CDC has been in hot water for safety violations that put employees at risk. View the Associated Press interactive, Mishandled Germs, which examines previous incidents by location, disease, and date. 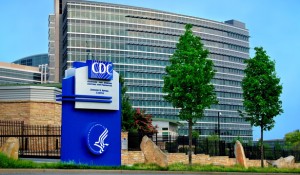 The two parallel events— the Ebola outbreak and the safety failures in American labs—highlight the power of biological agents and the need to treat, to study, and to contain them. Learn more about the most contagious diseases, vaccines, and the history of biological warfare.

Diseases are a part of nature. They can be bacterial, viral or other germs. Diseases may spread through the air or in water, or by touching contaminated body fluids, skin, or mucous membranes. Vaccines and treatments offer immunity, recovery, or relief from many diseases caused by viruses or bacteria. However, some biological germs continue to stymie scientists and no treatment exists. Among the most fiercesome are anthrax, Ebola, plague, and smallpox.

Although it is not common, many Americans are familiar with anthrax. Watch the interactive tutorial that introduces the types, symptoms, and treatment of anthrax. Unlike anthrax, Ebola is highly contagious. The World Health Organization is closely monitoring the current Ebola outbreak. Read more about the signs, symptoms, treatment, and transmission of Ebola. Watch how the WHO is responding. Examine charts and maps that share statistics about the recent cases and compare this year’s statistics to numbers from earlier outbreaks. 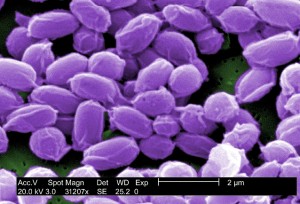 The plague and smallpox represent two of science’s success stories. Always deadly, the plague terrorized people throughout history. Today, it is largely contained. Read more about the plague’s history and why contemporary cases are unusual. Like the plague, smallpox killed countless people. However, smallpox provided early scientists with some of the first clues about inoculation and led to vaccines for smallpox and other diseases. Watch A Brief History of Vaccines and explore of how smallpox changed medicine.

One concern is that, in the wrong hands, highly infectious diseases may be used to inflict biological terror. Read the CDC’s definition of ‘biological terror’ as well as why this form of terrorism may be especially dangerous. Discover which agents are more or less infectious. 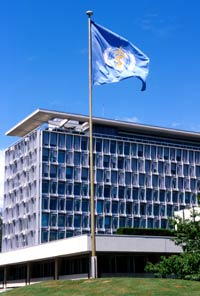 The 1925 Geneva Protocol prohibits the use of biological weapons. The Biological and Toxin Weapons Convention (1972) bans the development, production, stockpiling, acquisition and retention of microbial or other biological agents or toxins, in types and in quantities that have no justification for prophylactic, protective or other peaceful purposes. It also bans weapons, equipment or means of delivery designed to use such agents or toxins for hostile purposes or in armed conflict. However, scientists at laboratories study these and other infectious and deadly diseases in hopes of understanding how they might be altered, and to create vaccines for the diseases that remain naturally active, such as Ebola. View a map that shows the status of biological weapons programs for countries around the world.

The idea of purposefully using biological viruses, bacteria, and germs against an enemy is not the stuff of movies. History tells us of several confirmed cases of biological warfare. Launch NOVA’s interactive, History of Biowarfare, and follow how biological agents have been used from medieval times through 2001. 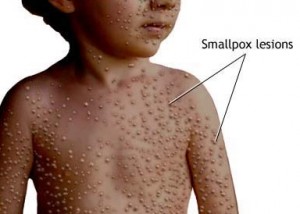 Although biowarfare may not be probable, it is possible so several federal, state, and local agencies—the CDC, the Department of Homeland Security, the FBI—work together to monitor and to protect American security. Visit the Homeland Security website for a sampling of programs that aim to prevent terrorism. Visit the simulator to test your knowledge and try your hand at protecting the world from a biological attack. Click the green biological icon to read the scenario and to begin.

Record the questions you have about these two developing stores. As you read this week's local newspaper, look for articles answer your questions or inspire new ones. Create an infographic that displays some of the information you have learned, or create an editorial cartoon that comments on some aspect of the Ebola outbreak or the CDC safety gaps.