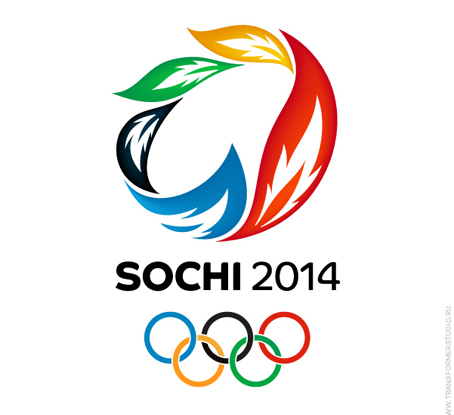 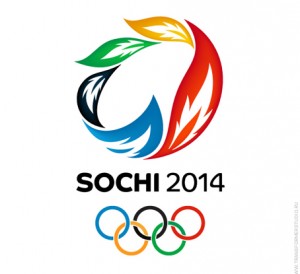 The winter Olympics opened February 7 in Sochi, Russia amid security concerns, rumors about missing stray dogs, and fervor over Russia’s anti-gay laws. And then all that faded and the focus became the world’s elite athletes who were invited to this city on the edge of the Black Sea to demonstrate their prowess, to amaze us, and to compete for their country. 3,000 athletes will compete on snow and ice between February 7 and Sunday, February 23, when the final event—the gold medal ice hockey game—is held and the closing ceremony closes the 2014 Olympic games. All week, a worldwide audience will tune in to watch skaters spin and speed, skiers touch the sky, and sledders hurtle down an icy track at 90 miles an hour. During the breaks between events, learn more about each sport and about the world’s greatest winter sports athletes. 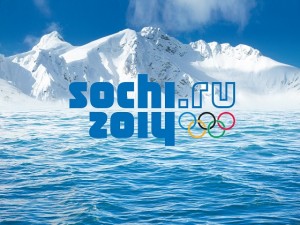 The winter Olympics can be divided into two sections: ice sports and snow sports. Ice sports are bobsleigh, curling, hockey, luge, and skating. Snow sports are biathlon and skiing. The official Olympics site shares a short description of each sport on the program. The Sochi Olympics introduces twelve new events, including women’s ski jumping.

There are two Olympic snow sports: biathlon and skiing. What is biathlon, anyway? Discover how biathlon works. Hear biathletes share more about their sport of accuracy and endurance. 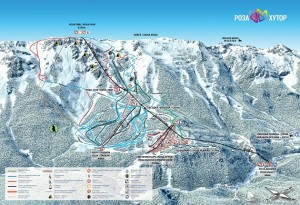 Most of us know what skiing is but Olympic skiing is not the everyman’s downhill skiing with a stop for a hot chocolate when you get cold. Olympic skiing includes Alpine, cross country, and freestyle skiing, Nordic Combined, snowboarding, and ski jumping. Turn your attention to the many skiing styles. Watch a preview of the US Alpine skiing team. Take a tour of the Giant Slalom course. Get the inside scoop on ski jumping from two Olympians and hear what it takes to jump. Watch interactive descriptions of ski jumping and freestyle skiing’s mogul event. Watch how ski jumpers train. View cheat sheets that explain the freestyle half pipe, ski cross, slope style, and cross country events. Discover what you get when you cross ski jumping and cross country skiing: Nordic Combined. Swap your skis for a snowboard and see what it takes to compete in the slope style or half pipe events. Meet the US snowboarding team and learn more about their sport. 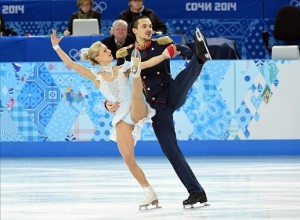 Ice’s slippery surface is the playground for five Olympic sports. Some athletes don skates to speed or to glide across the ice. Others simultaneously jump and spin. Still others ride sleds that shoot them, sometimes head-first, down half-pipes encased in ice. 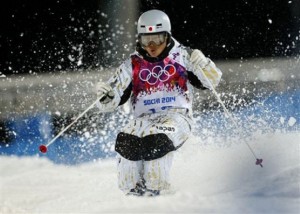 Begin your tour of Olympic ice sports on the ice track. Learn more about bobsledding. See why track and field athletes and football players make good bobsledders. Listen to lugers explain how they gather speed and control their sled at 90 miles per hour. Take a tour down the Sochi luge track. Then, turn around on your sled and take a ride on the skeleton sled.

Curling and hockey are both team ice sports. Visit a curling sheet for a peek inside this vintage but unfamiliar sport. Learn what all the screams are about. If you are unfamiliar with ice hockey, watch the cheat sheet.

Skating is one of the most popular sports. Some viewers enjoy the aerobatics and grace of figure skating. Watch what it takes for a figure skater to complete a triple loop and a quad jump. Others prefer the racing thrill of speed skating. If speed skating does not seem like a grueling sport, learn more about the pain of speed skating. Watch a cheat sheet about short track and then discover what can happen when skaters whiz by on an ice rink in close proximity. Olympic events, especially speed skating, regularly provides exciting ends. Listen to the New York Times Fractions of a Second: An Olympic Musical to hear how close the gold, silver, and bronze finishers in different events often are. 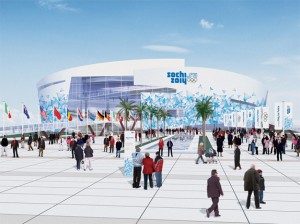 We watch the Olympics because they amaze us. The athletic feats make us gasp and gape. The drama of the game thrills us. But, the personal stories of persistence and redemption also inspire us. Meet ten international and ten American athletes to watch. Some athletes compete despite little chance of medaling, yet their stories are often among the most moving. Meet Filipino skater Michael Martinez. View a selection of athlete mini-clips. Select from a menu of videos about Olympic life. Watch video profiles of 2014 Olympic athletes. 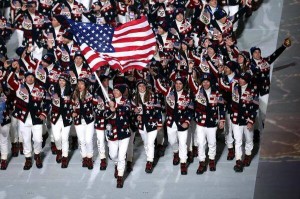 Finally, check out the schedule of events but be warned: once you start watching, you won’t be able to stop. But, that’s okay. You’re not going anywhere. After all, it’s cold outside.

Read all about the Olympic events in this week's local newspaper. Challenge yourself to learn more about one event or one sport. Create a how-to video, or graphic that explains the sport or the event to others.