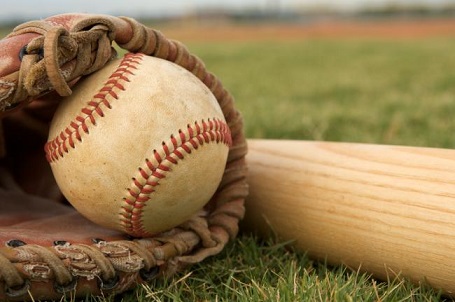 Play Ball! The Physics of Baseball 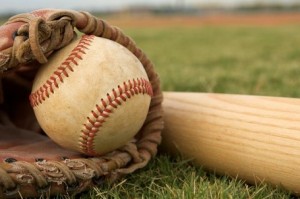 Roger Hornsby, the baseball player, manager, and coach once said, “People ask me what I do in winter when there’s no baseball. I’ll tell you what I do. I stare out the window and wait for spring.” Last week, umpires across the country ended fans’ and players’ wait when at last they called “Play ball!” and opened the 2014 baseball season.

Baseball is more than an American pastime. As author Victor Alexander Baltov wrote, “Baseball is an American icon. It is the Statue of Liberty, the bald eagle, ‘In God We Trust,’ Mount Rushmore, ice cream, apple pie, hot dogs, rally monkeys. Baseball is America.”  It seems like a simple game: hit the ball, throw the ball, catch the ball, run the bases, tag the runner. 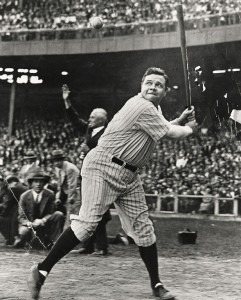 Theoretically, anyone should be able to play well. But George Higgins noted in The Progress of the Seasons, “The seductiveness of baseball is that almost everyone with an abiding interest in it knows exactly how it should be played. And secretly believes that he could do it, if only God had seen fit to make him just a little bit less clumsy.” But behind these simple actions of hit, run, and catch, lies science. Baseball is all about physics: the arc of the hit, the speed of the ball, the spin on the pitch.

This week, you will travel not between bases but between two sites—the Exploratorium and the Science Channel—to learn more about the physics of baseball. 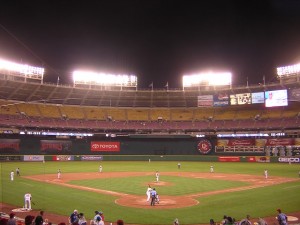 Baseball is all about the ball—hits, misses, catches, and throws—and it all begins with a pitch. A pitch is more than a throw from the mound to the hitter with the bat. Pitchers use their entire body to manipulate how the ball arrives at the batter. Pitchers tempt batters to swing the bat by delivering pitches of varying speed and placement. As Sandy Koufax, the legendary pitcher, observed, “I became a good pitcher when I stopped trying to make them miss the ball and started trying to make them hit it.” The Science Channel video, The Physics of Baseball- Pitching, explains how the laws of physics underpin every pitch. Watch The Physics of Baseball- Flight of the Ball to discover how gravity, drag, and magnus force affect the ball.

Every pitch is not the same. Pitchers control the speed, spin, and placement of each pitch. How the pitcher holds the ball determines what type of pitch he delivers. Watch the Howcast video to learn more about nine pitching grips. The Exploratorium article, Putting Something on the Ball, explains in greater detail how friction and spin affect each type of pitch. Use the ‘next’ button in the bottom menu to advance; read pages two through four. Click the video links in the margin to hear what baseball players have to say about different pitches. Try throwing some of these pitches for yourself. 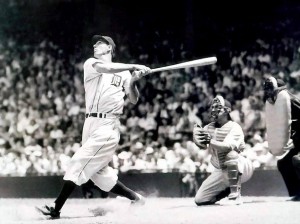 Six-time batting champion Ted Williams once said, “The hardest thing to do in baseball is to hit a round baseball with a round bat, squarely.” Hank Aaron might disagree:  “The pitcher has got only a ball. I’ve got a bat. So the percentage in weapons is in my favor and I let the fellow with the ball do the fretting.” Whomever you agree with, it’s clear that hitting a ball traveling 90 mph is no easy feat. It’s why we cheer when we hear the crack of the bat and the ball soars skyward.

There may be some luck to hitting but there’s also a fair amount of physics. Watch the Science Channel video, The Physics of Baseball- Hitting, for an introduction to the science behind a hit. Find out more about how weather and climate conditions affect hitting or, Why it’s Easy to Hit Home Runs in Outer Space. (Use the ‘next’ button to read pages 1-3.) Learn more about the sweet spot of a bat and then conduct an experiment to experience and test handle force. Discover why the angle of the bat as it hits the ball matters. (Use the ‘next’ button to read page 5 and 6.) Finally, consider the speed of the ball. 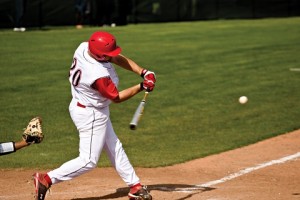 Will knowing about angle and speed make you a better hitter? Give Scientific Slugger a swing. This interactive hitting activity lets you adjust the angle of the ball, the speed of your swing, and the speed of the pitch, and then see how successful you are putting the ball in the bleachers. Test your reaction time to a fast ball pitch. This interactive comes with a warning: it is addictive! If you strike out, remember Yogi Berra’s words: “I never blame myself when I'm not hitting. I just blame the bat and if it keeps up, I change bats.” It’s probably your keyboard, sticky keys…

Out in the field, physics still plays a part in baseball. Watch the video The Physics of Baseball- Fielding. It will help explain why fielders don’t always catch those long fly balls. 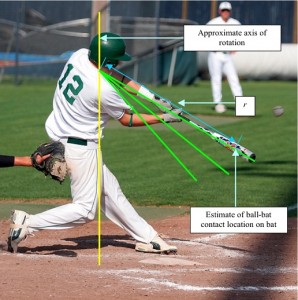 The columnist and avid baseball fan George Will wrote, “Baseball, it is said, is only a game. True. And the Grand Canyon is only a hole in Arizona.” If you’d like a little more of the greatest game in your life, consider attending a minor league game. There are teams across the country. While you are there, you can appreciate the physics.

Read the local newspaper. Select either a local sporting event or a national athletic event. Write a commentary about this game/event. Make sure to point out key plays and players.