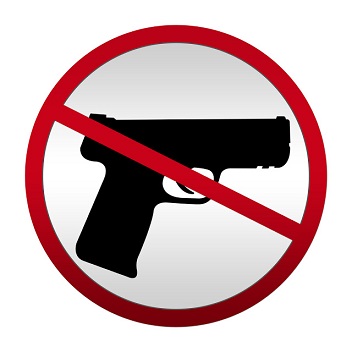 The Fight Over Guns 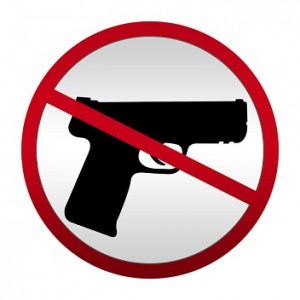 On a cold December day in 2012, a deranged young man of only 20 years entered into Sandy Hook Elementary School in the small town of Newtown, CT and unleashed what was, for this nation, one of the most horrific and shocking examples of destruction of life ever experienced. The deaths of 26 people, 20 of which were young kindergarten-aged children, sent waves of terror and confusion throughout the United States and beyond.

Just a few short months earlier, the opening of the latest installment in the Batman series, The Dark Knight, was marred when a masked gunman killed 12 and wounded 58 in an Aurora, Colorado movie theater on July 20, 2012.  Since then, the national discussion over gun control and gun rights has re-emerged.

In the days following the Aurora, Colorado attack, gun sales rose nationwide as people strived to protect themselves and in anticipation of a surge in gun control legislation. At the same time, those in favor of gun control renewed the call for stricter controls and monitoring. Is there a way to protect the Constitutional right to bear arms, and to monitor or to restrict gun ownership? Begin your exploration of the issue by brainstorming a pro-con list: what are the arguments on each side of the gun issue?

The tension between gun rights and gun control is not new. Americans havelong grappled with how to preserve personal rights while ensuring personal safety. Investigate America’s history with guns in the CBS News timeline that tracks events and legislation since America’s inception. Compare that timeline to the Associated Press gun control chronology. What events inspired gun control laws? What questions and reactions do the timelines provoke? What timeline entries reveal the tension between the two perspectives? 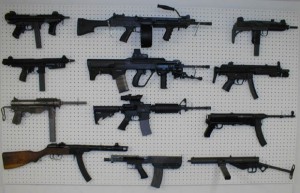 The debate about guns is often reignited by a national tragedy; however, guns exist every day. Explore some data about gun ownership and gun violence in America. Use the menu to view the Associated Press map of state firearm homicide rates. Revisit the CBS site and examine data on who is at risk and read facts about kids and guns.

The shooter in the Colorado massacre passed a background check before purchasing four guns: a semiautomatic rifle, a shotgun, and two handguns. The Colorado background checks required for such a purchase takes as little  as twenty minutes. Compare Colorado’s gun laws to those of other states. Study the map of 10 key state laws that curb illegal gun trafficking. You can interact with this map in two ways: select a state to view its gun control laws, or select a law (right margin) to see which states adopted it. Which laws do you consider most important in the struggle to control gun violence? Which laws are enacted most widely? Which laws have not been adopted widely? Which laws are enacted in your home state, and in Colorado? Revisit the AP map of homicide rates; what gun control laws are enacted in states with the highest and lowest homicide rates? What conclusions do you draw from this data? 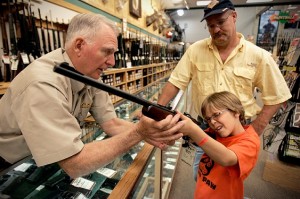 The National Rifle Association (NRA) has been a leading proponent of gunrights since its founding in 1871. Review their positions on the right-to-carry (RTC) firearms. Scroll down to the RTC map and use the menu on the right to see where different states allow people to carry firearms. Browse the firearms fact card 2012 to learn more about NRA positions on specific gun issues. Revisit your pro-con graphic organizer and enter key gun rights points.

In 1981 James Brady was serving as Press Secretary to former PresidentReagan. Brady was shot and permanently disabled during the assassination attempt on Reagan. Since then, he has campaigned for stricter gun control measures. His organization, Brady Campaign, is your first stop in the search for information about gun control. Read about guns in America.  Learn more about the link between guns and crime and the costs associated with gun violence. Enter the key gun control points on your pro-con graphic organizer. 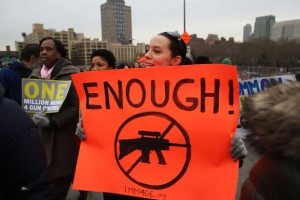 In the wake of the July and December 2012 attacks, some have re-issued the call for tighter controls. Visual.ly shares an infographic of gun statistics designed to persuade people to sign a petition for stricter gun controls. Evaluate the infographic; how do you know the infographic was written to raise support for gun control? How might a gun rights advocate respond to this data? What statistics might a gun rights advocate include on an infographic?

As you read the local newspaper this week, look for articles related to gun control. What is your opinion on the issue? How has the massacre in Aurora, Colorado affected your views? Write a letter to the editor expressing your opinions.