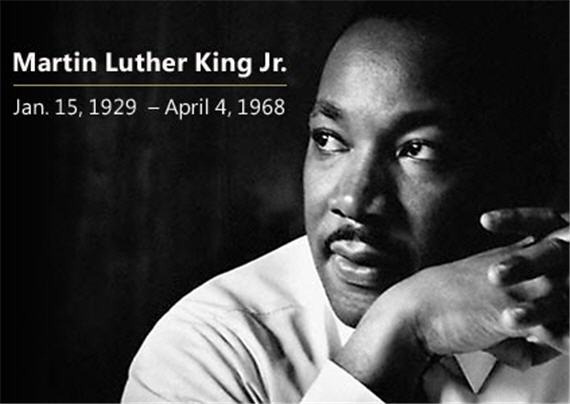 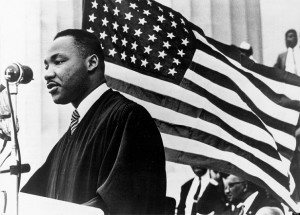 Dr. Martin Luther King, Jr. (1929 -1968) can be described as a minister, political activist, and civil rights organizer. In fact, he can easily be considered the most famous leader of the Civil Rights Movement.

At the age of thirty-five, Dr. King received the Nobel Peace Prize for his work as a peacemaker and promoter of nonviolence. Did you know that he was the youngest man to have been given this distinguished award?

In this Internet Challenge, you will learn more about King and his legacy. Let’s begin our online adventure.

Read closely through this biography to learn more about this famous American. After you read, answer the following questions.

1.  In the opening sentence, King is described as “a vital figure of the modern era”. Which word below is an antonym for vital? 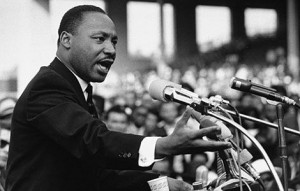 2.  Dr. King skipped two grades in high school. As a result, he entered college at the age of fifteen. 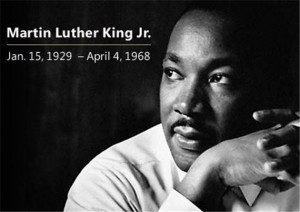 4.  What was Martin Luther King, Jr’s role in the Montgomery Bus Boycott?

6.  In your own words, explain why you think Martin Luther King, Jr. was assassinated.

7.  One of King’s many attributes was his public speaking gift. In 1963, he delivered the “March on Washington” (also known as “I Have a Dream”) speech. Briefly describe King’s dream. 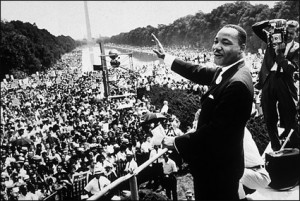 What did he want to see happen in America? 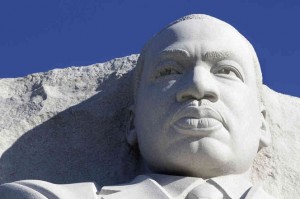 Read this page and discover more about Martin Luther King, Jr’s philosophy of nonviolence, and then continue answering these questions.

d. all of the above

10.  Ultimately, those that practice nonviolence hope to destroy their opponents and not win their friendship.

11.  Can you apply Dr. King’s nonviolence teachings to your own life? Can you solve a conflict between a sibling or an adversary at school without using violence? Describe ways in which you can accomplish this. 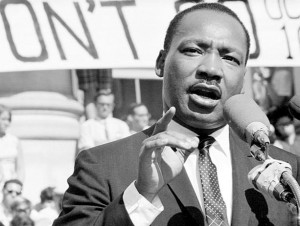 14.  How many years did the lobbying effort span before President Ronald Reagan signed legislation creating this official holiday?

Now read about The Meaning of the Martin Luther King, Jr. Holiday, written by his widow, Coretta Scott King. Go to http://www.thekingcenter.org/meaning-king-holiday.

Read this page, and then answer the remaining questions.

15.  After reading the text, what do you find to be the most important idea of Dr. King’s to commemorate?

16.  Imagine that Dr. King were alive today. What would he think of America today from an equality point of view? Do people still judge each other based on skin color instead of character? If so, what are other ways people are judged? Explain.

More than 50 years later, we read and re-read many of Dr. King’s speeches and apply them to our lives in the 21st Century. Read this interesting article about “the story behind his ‘I have a Dream’ Speech” located at http://www.theguardian.com/world/2013/aug/09/martin-luther-king-dream-speech-history.

17. Do you agree or disagree with the points this author made? If you were to write a blog-style response to his article, what would you say?

Extension Activity - Choose one or all of them!

* On November 13, 2006, there was a ceremonial groundbreaking for the Washington, D.C. Martin Luther King, Jr. National Memorial. Much like the official holiday in his honor, this memorial will commemorate the life and work of Dr. King.

* The Iraq War began in March of 2003 with the invasion of Iraq led by the United States. Many years and countless America casualties later, this war still persists. What would Dr. King think about this war? Imagine what advice he may have given regarding the invasion and the continued warfare. Take some time online to research timelines of this war and the latest news surrounding America’s involvement in Iraq and the Middle East. In an open letter to America, write a letter as if you are Dr. King sharing your thoughts about the Iraq War.

Congratulations! You have done an excellent job in completing this month’s Internet Challenge.

3.  Students’ answers will vary. King had a spectacular experience at Crozer. He was class president and valedictorian. In addition, he won the Peral Plafkner Award as the most outstanding student and received a fellowship for graduate study at a university of his choice.

5.  Initially, it seemed as though James Earl Ray acted alone. However, in 1999, a jury of twelve concluded that Loyd Jowers and other government agencies, including the City of Memphis, the State of Tennessee and the federal government were all guilty of plotting to assassinate Dr. Martin Luther King, Jr.

6.  Students’ answers will vary. Many people, especially in the South, did not like King’s message and did not want to see equality for all.

7.  King wanted to see equality for everyone. He wanted all people to be accepted, regardless of their skin color or religious affiliation.

9.  Students’ answers will vary. Basically, nonviolence supporters set an example of emotional maturity by choosing not to fight anger with anger. Instead of demonstrating negative energy through violence and petty arguments, nonviolent supporters would redirect this aggression into a loving, positive attitude. This is how nonviolence disarms adversaries.

15. Students’ answers will vary. Many answers may include King’s passion for equality, his character, nonviolence tactics, his courage to stand up for his beliefs, and his zeal to serve others.