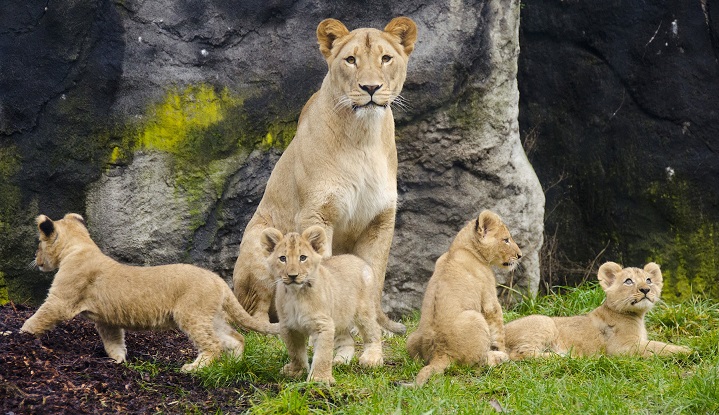 Connect with Nature at a Zoo 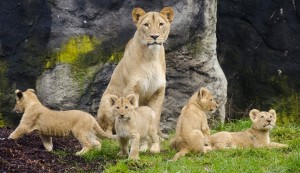 Zoo: An excellent place to study the habits of human beings. ~ Evan Esar

When you think of a zoo, what picture comes to mind? Perhaps the image of a petting zoo or a city zoo pops in your head … or even an animal park that has more of a natural habitat for its wildlife. Did you know that a zoo is also known as a zoological park or garden and is also called a menagerie?

Zoos are popular tourist attractions and recreational facilities in which animals, confined within enclosures, are displayed to the public. Zoos also have other purposes such as monitoring breeding and conservation programs for its wildlife as well as promoting educational outreach activities for people in the community. In recent decades, zoos have focused on conservation and humane animal treatment as well as including goals of education and research.

However, some animal protection groups claim that a number of zoos instead have more of a commercial and entertainment focus. Zoos are sometimes criticized for the animals’ quality of life or for their cramped living conditions.

Let’s take some time in this month’s Internet Challenge™ to learn more about zoos – their history, types, goals and adaptations for the 21st century. Are you ready to begin?

Read the material on all three pages and then answer these questions. Click at the bottom of the page to advance to the next page.

1. What do ancient wall carvings tell us about the history of menageries? 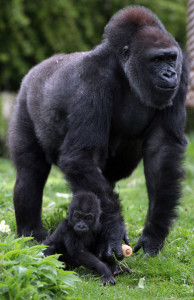 2. Who had one of the earliest animal collections in the Western Hemisphere?

3. How did the Age of Enlightenment influence people’s interest in animals?

4. Early zoos, such as the Menagerie du Jardin des Plantes, were more like natural habitats than museums of living animals.
(True /Â False)

5. Identify the largest zoo in the United States.

6. Compare and contrast a safari park to a game reserve.

7.Â  Which animals are included in the “Big Five” species?

8.Â  How do zoos make adaptations for warm-weather animals for living in a colder climate?

9. What type of environmental efforts are zoos taking?

10. Explain how the loss of habitat could play a role in the success (or failure) of releasing animals back into the wild.

*Go to “Association of Zoos and Aquariums-Visitor and Public Research” that is located at http://www.aza.org/visitor-and-public-research/

Scroll down the page and read the section entitled, “Why Zoos and Aquariums Matter: Assessing the Impact of a Visit to a Zoo or Aquarium.”

Why do zoos matter to us? Which reason do you think is the most important one? Write the finding that makes the most impact with you and give your reason for supporting it.Â  Be ready to talk about it!

*How would you design your own zoo or wildlife sanctuary for 2020? 2050? Go to any of the Web sites listed in this online activity and create your own.

Use paper, pencil and art tools, or use appropriate computer software to design a zoo or wildlife sanctuary for the future. When it is finished, share it with your teacher and classmates. Talk about it!

*Take a virtual walk through amazing zoos – look at the list of zoos shown below. Choose any three zoos that interest you and plan on visiting those Web sites. Make a chart to compare your three zoos, such as what type of zoo, its size and location, kinds of enclosures for the animals, how the goals of education, conservation and research are accomplished at these zoos, etc.

Create a brochure for one of those zoos. What would your brochure look like? Would it include a map, tour guide, a calendar of special events or pictures of some of the animals?

i. The Philadelphia Zoo
http://www.philadelphiazoo.org/

*Get Involved in Zoo Awareness Weekend 2013!

Create a poster about this event for your school community. Even though the official weekend has passed, designate another weekend (or day) in April to this cause.

Topic:Â  Modern Menageries. People still enjoy collecting animals to display in their private homes. The American entertainer Michael Jackson, for instance, had a menagerie that included tigers, giraffes, parrots, and, of course, his pet chimpanzee, Bubbles.

*Read, Write and give your View!

What is your opinion about zoos? Are you for them or against them? Read the statements below.

From PETA.org: PETA opposes zoos because cages and cramped enclosures at zoos deprive animals of the opportunity to satisfy their most basic needs and behaviors. The zoo community regards the animals it keeps as commodities, and animals are regularly bought, sold, borrowed, and traded without any regard for established relationships. Zoos breed animals because the presence of babies draws zoo visitors and boosts revenue. But the animals' fate is often bleak once they outgrow their "cuteness."

An online writer’s opinion: Zoos have great educational value. Students living in big cities are not familiar with the animal world. They don't have the opportunity to look at the different types of birds and animals that are abundant in nature. Therefore, zoos increase students’ knowledge and inspire them to know more about the animal kingdom. By visiting a zoo, a child is thrilled to notice different species of animals, watch their behavior, their food habits and how they live. Supporters say zoos might play an important role in protecting endangered species.

With which statement do you agree or disagree? Give your point of view in a one-page report or summary. After you are done, be prepared to share it with your teacher and classmates. Talk about it!

Association of Zoos and Aquariums
http://www.aza.org/

Zoos in the United States
http://www.touristinformationdirectory.com/zoo/list_of_zoos.htm

1. Wall carvings found in Egypt and Mesopotamia are evidence that rulers and aristocrats created menageries as early as 2500 BCE. They left records of expeditions to distant places to bring back exotic animals such as giraffes, elephants, bears, dolphins, and birds.

2. The Aztec emperor Montezuma II maintained one of the earliest animal collections in the Western Hemisphere that was destroyed by Hernan Cortes during the Spanish conquest in 1520.

3. The scientific focus of the Age of Enlightenment extended to zoology. During this time, people started wanting to study animals for scientific reasons. Scientists wanted to research animal behavior and anatomy. To do this, scientists and zookeepers had to keep animals in places that were close to, or resembled, the animals’ natural habitats.

4. (b) False. Early zoos like the Menagerie du Jardin des Plantes were more like museums of living animals than natural habitats. Animals were kept in small display areas, with as many species as space would allow.

5. The San Diego Zoo, in southern California, is the largest zoo in the United States. It is a suburban zoo that houses more than 4,000 animals (800 different species) in its 0.4 square kilometers (100 acres).

6. Larger than urban and open-range zoos, safari parks are areas where tourists can drive their own cars to see non-native wildlife living in large, enclosed areas. These attractions allow the animals more space than the small enclosures of traditional zoos. Some safari parks are often part of larger theme parks or resorts. They include golf courses and fairground attractions, such as games and rides. Game reserves are large pieces of land whose ecosystems and native species are protected. The protections allow animals to live, reproduce at natural rates and are allowed to roam free. Animals in all game reserves are protected from illegal hunting, which is a threat to many endangered species. The government regulates legal hunts.

7. The biggest attractions are Africa’s “Big Five” species—lions, leopards, rhinoceroses, elephants, and water buffalo. The Big Five are not Africa’s largest species (although the elephant is): They are the most difficult to find and, when legal, to hunt.

8. Zoos in cold climates, must recreate warm ecosystems for animals from warmer climates, such as a specialized heated enclosure with high humidity.

9. The focus of environmental efforts takes the form of research, captive breeding of rare animals, and conservation. Researchers at zoos can study animals up-close. They observe behavior such as mating and nutrition choices. Biologists and veterinarians who study the health of animals are also available to treat them if they get sick or injured.

10. Critics of captive breeding programs say that releasing a few animals into the wild does little to help the species population. Animals are extinct in the wild largely due to loss of habitat. The re-introduction of animals, especially large mammals that require vast territory for survival, does nothing to recover lost habitat. People continue to develop land for homes and businesses.