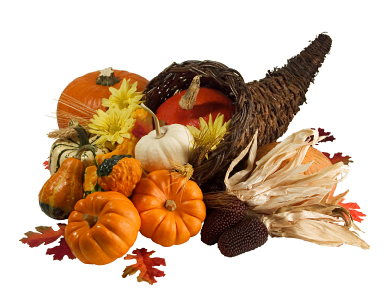 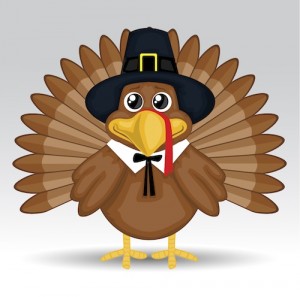 Each November brings images of America’s first Pilgrims, reminding us that Thanksgiving is near. Let’s jump back in time and learn about the Pilgrims, their Indian allies and the first Thanksgiving feast. In this month’s Internet Challenge™ we will discover interesting facts about the Plymouth colonists and Native Americans as we read the history behind our Thanksgiving traditions. Ready to begin our online adventure?

Our first site is Thanksgiving on the Net – The Pilgrims and America’s First Thanksgiving available at http://www.holidays.net/thanksgiving/pilgrims.htm

Read the information on this webpage and answer the following questions.

1. Why did the Pilgrims leave England for Holland?

2. Choose an antonym for the word “frivolous” in this sentence: “They considered the Dutch frivolous and their ideas a threat to their children's education and morality.”

3. Who were the “Saints” and “Sinners” and why was the Mayflower Compact created? 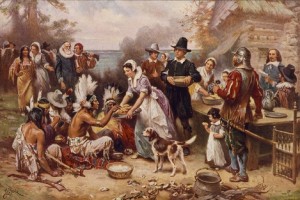 4. For what reasons did the Pilgrims choose to reside in Plymouth?

5. Find the word in the seventh paragraph that means overwhelming and disturbing.

6. Who were Samoset and Squanto? 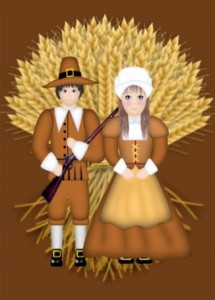 8. Describe the three-day celebration that the Pilgrims enjoyed with the Native Americans.

9. Explain what happened during the Pilgrims’ third year at Plymouth.

Let’s move on to our second website, Scholastic – The First Thanksgiving, at http://teacher.scholastic.com/thanksgiving/

Click “1620-1621: See the Picture Timeline.” Then click “Start the Timeline.” Look at the information on each page. Read the “Talk About It” question also. At the bottom of the page is the timeline with hyperlinks – click on the next link to advance on the picture timeline. You’ll notice a section at the bottom called “Talk About It.” Read them and choose any “Talk About It” question that you’d like to answer. In question #10, write the question and your own comments. Be prepared to share your answer with your teacher and classmates!

10. Talk About It question:
Your answer:

11. What type of materials did the Pilgrims and Wampanoag Indians use in their clothing? 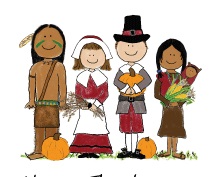 14. Explain what the Pilgrim and Wampanoag Indian children were taught.

Extension Activity – Choose one or all of them!

(a) Click your browser’s “Back” button. Compare your life (housing, food, clothing, learning and chores) to a Pilgrim child or a Wampanoag child. What are the similarities? What are the differences? Create a chart or spreadsheet listing the similarities and differences. Draw a picture of yourself and an illustration of a Pilgrim and a Wampanoag child too. Use computer software or paper and art tools. After you’re done, be prepared to share it with your teacher and classmates.

(b) If you could have traveled across the ocean on the Mayflower in 1620, what do you think the journey would have been like? Click your browser’s “Back” button until you return to the homepage of Scholastic’s The First Thanksgiving. Click “Relive the Voyage on the Mayflower.” Click “Meet the Passengers and Crew” and learn about John Alden, Robert Coppin, Elizabeth Hopkins and Desire Minter. Come aboard the Mayflower too! Click “Come Aboard” on the “Voyage on the Mayflower” webpage. Click “Next” to advance to the next page. Learn about the various sections of the Mayflower by exploring the ship’s diagram. After you’re done, recreate your own illustration of the Mayflower ship by using computer software or paper and art tools. Identify the sections of the ship and who would work there. If you had a chance to travel to the New World on the Mayflower with the Pilgrims, would you go? Why or why not? After you’re done, be prepared to talk about your illustration and comments with your teacher and classmates.

(c) Click your browser’s “Back” button until you return to the homepage of Scholastic’s The First Thanksgiving. Try “Play the Thanksgiving Cyber-Challenge!” Get permission from your teacher to try this online quiz or ask your teacher if you can take the quiz as a group activity.

Congratulations! You’ve done an extraordinary job in completing this Internet Challenge™. We’ve learned quite a bit about the history behind Thanksgiving. Remember the meaning behind this American tradition: be thankful for your blessings and share with others. Make every day a “thankful” day.

1. In 1609 a group of Pilgrims left England for the religious freedom in Holland where they had lived and prospered.

3. On Sept. 6, 1620 the Pilgrims set sail for the New World on a ship called the Mayflower. They sailed from Plymouth, England and aboard were 44 Pilgrims, who called themselves the "Saints," and 66 others, whom the Pilgrims called the "Strangers." The long trip was cold and damp and took 65 days. Since there was the danger of fire on the wooden ship, the food had to be eaten cold. Many passengers became sick and one person died by the time land was sighted on November 10th. The long trip led to many disagreements between the "Saints" and the "Strangers." After land was sighted a meeting was held and an agreement was worked out, called the Mayflower Compact, which guaranteed equality and unified the two groups. They joined together and named themselves the "Pilgrims."

4. Although they had first sighted land off Cape Cod, they did not settle there. The Pilgrims decided to settle in Plymouth once they arrived there. Plymouth, named by Captain John Smith in 1614, offered an excellent harbor. Another advantage was that a large brook offered a resource for fish.

6. On March 16, 1621, an Indian brave named Samoset walked into the Plymouth settlement. The Pilgrims were frightened until the Indian called out "Welcome" (in English!). Samoset was an Abnaki Indian who had learned English from the captains of fishing boats that had sailed off the coast. After staying the night, Samoset left the next day. He soon returned with another Indian named Squanto who spoke even better English than Samoset!

7. Squanto taught the Pilgrims how to tap the maple trees for sap. With Squanto’s help, the Pilgrims became skillful in knowing which plants were poisonous and which had medicinal powers. He taught them how to plant the Indian corn by heaping the earth into low mounds with several seeds and fish in each mound. The decaying fish fertilized the corn. He also showed them to plant other crops with the corn.

8. Pilgrim Governor William Bradford proclaimed a day of thanksgiving to be shared by all the colonists and the neighboring Native Americans. They invited Squanto and the other Indians to join them in their celebration. Their chief, Massasoit, and 90 braves came to the celebration, which lasted for three days. They played games, ran races, marched and played drums. The Indians demonstrated their skills with the bow and arrow and the Pilgrims demonstrated their musket skills. Exactly when the festival took place is uncertain, but it is believed the celebration took place in mid-October.

9. Unfortunately, the third year brought a spring and summer that was hot and dry with the crops dying in the fields. Governor Bradford ordered a day of fasting and prayer. Soon thereafter, the rains came. To celebrate this, a day of Thanksgiving, November 29th, was proclaimed. This date is believed to be the real true beginning of the present day Thanksgiving Day.

11. Pilgrim clothes were often made of wool and linen cloth. Most Wampanoag clothes were made of animal skins.

13. Draw a picture of a wetu using computer software or paper and art tools. Every Wampanoag family lived in a wetu. A wetu was made of a frame of wooden poles covered with woven grass mats or barks. The inside walls and floors were covered with mats. At the top of the wetu was a smoke hole.

14. Wampanoag children learned important stories and lessons from their parents and other elders in the tribe. They were taught to respect elders and ancestors, and to live in harmony with nature. At eleven years old, boys were initiated into manhood. This rite included being blindfolded and taken into the wilderness to survive on their own for several months. Pilgrim children were taught to respect adults and have good manners. The children served meals to their parents and spoke only when spoken to. In 1621, there was no school in Plimoth, so children learned to read and write from other adults, such as their parents or neighbors.