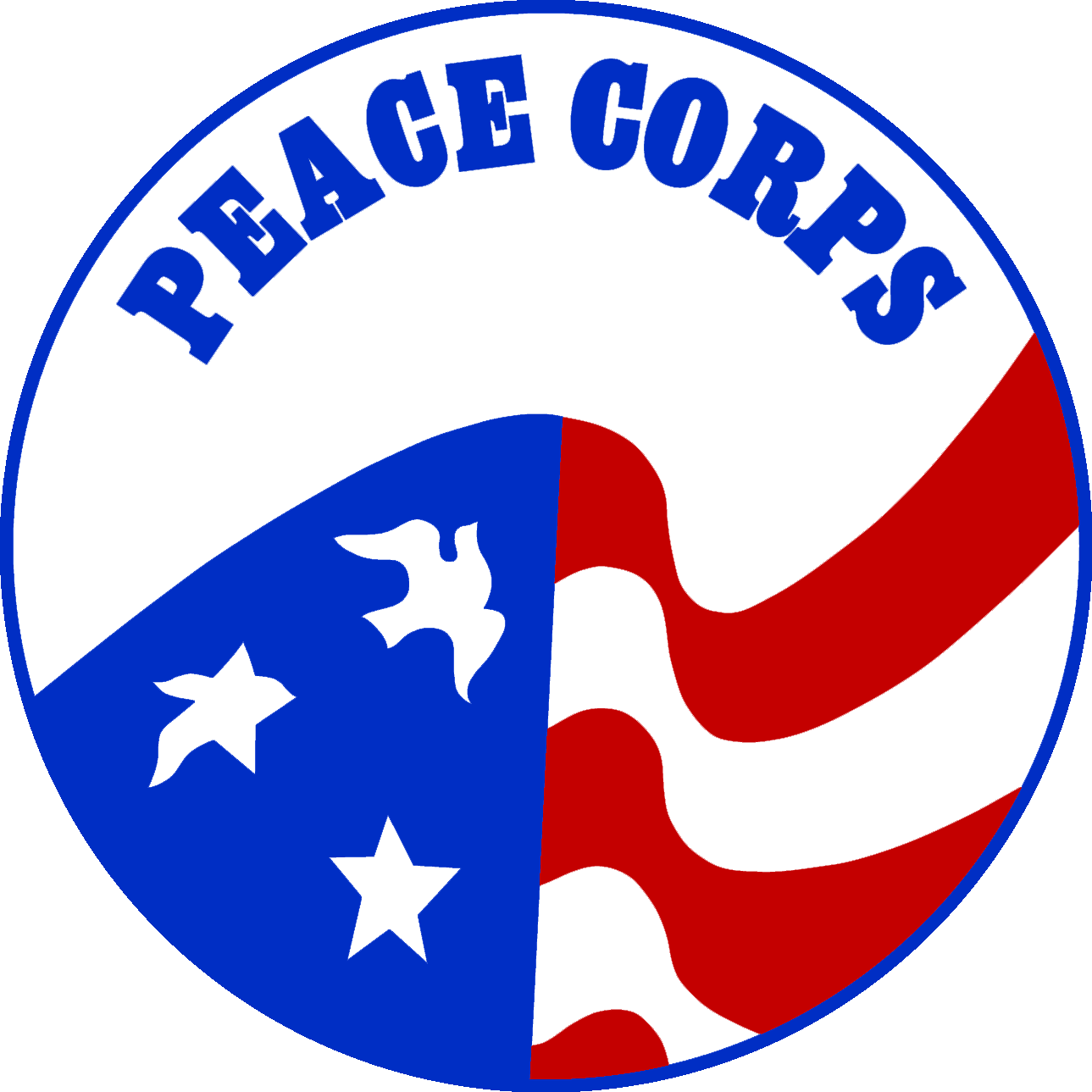 In 2011, the Peace Corps commemorated fifty years of promoting peace and friendship around the world. Officially established as of March 1, 1961 by President John F. Kennedy, this federal government agency attracted young Americans to devote a part of their lives to living and working in Asia, Africa, and Latin America. In August of that same year, fifty young men and women became the first group of Peace Corps volunteers as they left for service in Ghana and Tanganyika (now known as Tanzania).

For over five decades, the Peace Corps has shared its most precious resource – its people – with the world. Volunteers – college-aged or at mid-career or even retired – now serve in seventy-six countries throughout the world. For twenty-seven months at a time, Peace Corps volunteers work with a community overseas by providing technical assistance in a particular area, such as education, agriculture or environment.

The Peace Corps service has been called a life-changing experience for those who participate in it. Let’s take time in this month’s Internet Challenge™ to learn about the development and effectiveness of this organization as well as its vision for the future. Perhaps one of you or your friends will be inspired to become one of our next generation’s Peace Corps volunteers. 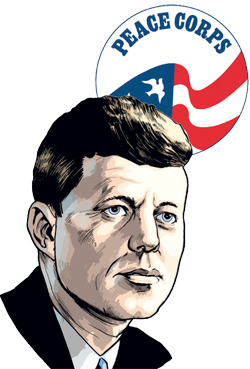 Read the information on this Web page. On the right side, click the three multimedia links to listen and watch President Kennedy talk about his vision for the Peace Corps. You will also get a chance to see black and white images of documents and people involved in the creation of the Peace Corps. Once you are done, answer the following questions. 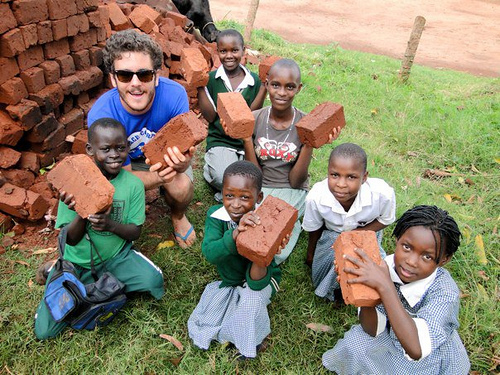 Our next Web site is Peace Corps 50th Anniversary at www.peacecorps.gov/index.cfm?shell=about.fiftieth

Scroll down the page and click the link for the Peace Corps Interactive Timeline. Explore the important dates, images, and videos that tell the Peace Corps’ story from 1961 to the present.

A smaller window will appear on your screen. Wait until it has finished loading and explore the timeline’s videos (only with teacher permission). Do not click any of the social media buttons.Â  Answer the following questions.

9. Name the well-known artist who flew to Ethiopia for a particular magazine’s assignment in order to illustrate the Peace Corps volunteers.

10. Which American president’s mother volunteered to serve in the Peace Corps when she was 68 years old? Do you think her age was a factor to accept her or decline her as a volunteer? Explain your answer.

11. Explain the purpose of the Peace Corps Response program.

12. Give the reasoning behind deploying Peace Corps volunteers on American soil in September 2005. What is your opinion of this action? Be able to support your reasons. 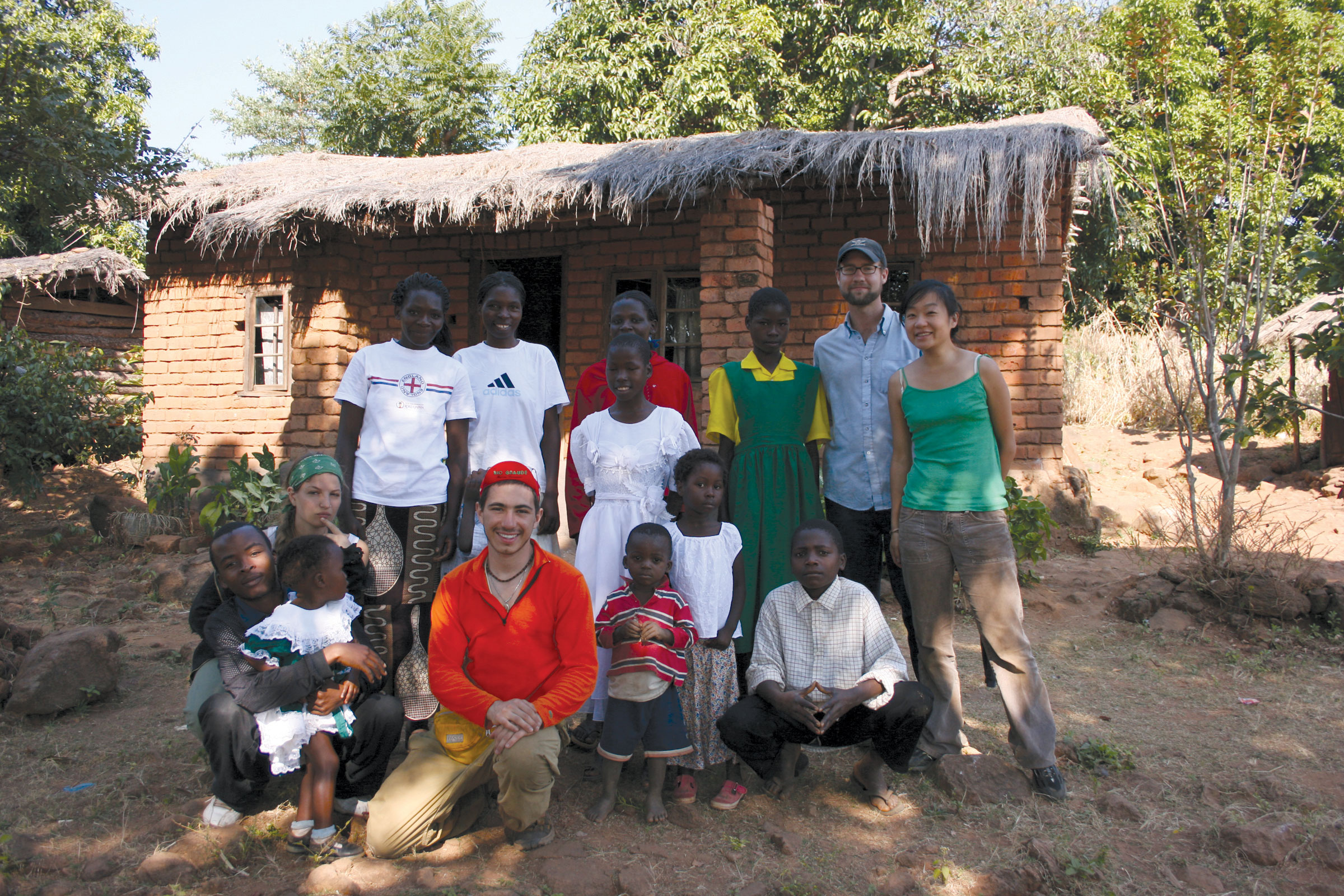 Click “Learn about Volunteering” and read the information on this page.

With teacher permission, watch the 12:43 video about volunteering. Once you have completed that, click “What do volunteers do?”

Look at the categories that Peace Corps volunteers serve. Choose any two areas that interest you and read up on them. With teacher permission, watch the short videos to learn more. After you are done, write a short summary for each one (separately) and describe the purpose of each one. Be ready to talk about it with your teacher and classmates.

Now, click “Where do volunteers go?” A world map will appear on your screen.

13. Choose a location that interests you. Read up on it and look at the photos. If you were a Peace Corps volunteer, why would you want to go there? In which area would you like to serve? Write a short descriptive paragraph with your reasons. Be prepared to discuss it with your teacher and classmates.

Click “newsletters” and wait for the images to appear on your screen. Then, click the Peace Corps News June and November 1961 issues. Read each one and then answer these questions.

14. Explain the testing process in 1961 for the Peace Corps candidates. Was there a passing score?

15. Give details about Director Sargent Shriver’s request to employers: “Give Leave.” What was the intention behind his appeal? Was it widely accepted or rejected? If you were an employer in 1961, would you have been supportive of Shriver’s request? Write about it – and talk about it! 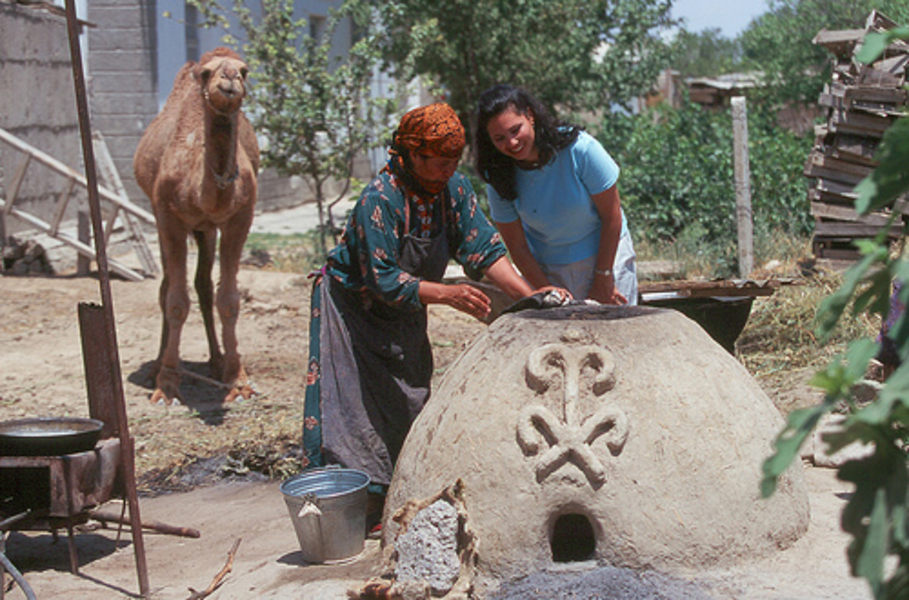 Extension Activities – Choose one or all of them!

With teacher permission, view the following YouTube videos that have been posted by Peace Corps volunteers.

Which video made the most impact on you? If you could interview any one of these volunteers, what three questions would you ask and why? Write your thoughts and questions on paper; be prepared to discuss it with your teacher and classmates. Talk about it!

Your assignment: design a new, innovative marketing campaign for 2012 to attract potential candidates, from college-aged through retired adults, to become Peace Corps volunteers.

Use paper and art tools or your computer with appropriate software. Share your design with your teacher and classmates. Talk about it!

Since the Peace Corps began in 1961, nearly 200,000 Peace Corps Volunteers have served in 139 countries.Â  Of these dedicated men and women, 284 have sacrificed not only their energies and time, but also their lives while pursuing the Peace Corps mission. They are remembered on this Web site, so that all may honor and celebrate their lives and service.

Sadly, many young men and women have lost their lives while they were serving in the Peace Corps. If you could design a memorial for the fallen Peace Corps volunteers, what would it be? Some examples could be a painting, a poem, a card, a song, or even a structure or statue. Design and create your own memorial. Once it is completed, share it with your teacher and classmates. Talk about it!

Explore the various winning photos. Which one made the most impact on you? Explain your thoughts. If you could create your own photograph of what the Peace Corps means to you, what would it look like? Design your photo with paper and art tools or on your computer with appropriate software. Share it with your teacher and classmates once you are finished. Talk about it!

Create a multimedia presentation of Sargent’s Shriver’s involvement with the Peace Corps. How do you think his legacy has influenced future directors of the Peace Corps? Design a short “documentary” on the life of Sargent Shriver. Once you are done, share it with your teacher and classmates. Talk about it!

In his last State of the Union address, President Kennedy said, "Nothing carries the spirit of American idealism and expresses our hopes better and more effectively to the far corners of the earth than the Peace Corps." Do you agree with President Kennedy? Give your point of view in a one-page report. After you are done, be prepared to talk about it with your teacher and classmates. Talk about it!

Congratulations! You have done an excellent job completing this month’s Internet Challenge™.

Answers to the March Internet Challenge™

1. The Peace Corps program was an outgrowth of the Cold War. President Kennedy pointed out thatÂ the Soviet Union "had hundreds of men and women, scientists, physicists, teachers, engineers, doctors, and nurses . . . prepared to spend their lives abroad in the service of world communism." The United States had no such program, and Kennedy wanted to involve Americans more actively in the cause of global democracy, peace, development, and freedom.

4. R. Sargent Shriver was Kennedy’s brother-in-law. Kennedy asked him to direct a Peace Corps Task Force; he chose Shriver because Shriver was known for his ability to identify and motivate people. Shriver led the group to quickly shape the organization. He also outlined seven steps for forming the Peace Corps in a memorandum to Kennedy in February 1961. The Peace Corps was established by executive order on March 1, 1961, and a reluctant Shriver accepted the president's request to officially lead the organization. Shriver recruited and energized a talented staff to implement the task force's recommendations. Congress approved the Peace Corps as a permanent federal agency within the State Department, and Kennedy signed the legislation on September 22, 1961. In 1981, the Peace Corps was made an independent agency.

5. In the 1960s, the Peace Corps was very popular with recent college graduates. But in the 1970s, the Vietnam War and Watergate eroded many Americans' faith in their government. Interest in the Peace Corps began to decline and government funding was cut. In the 1980s, President Ronald Reagan tried to broaden the Peace Corps' traditional concern with education and agriculture to include more current fields such as computer literacyÂ and business-related education. For the first time, a rising number of conservative and Republican volunteers joined the largely progressive Peace Corps contingent overseas. Peace Corps membership and funding increased after the opening of Eastern Europe in 1990.

6. Life as a Peace Corps volunteer is not easy and volunteers face many challenges, from language barriers to poor living conditions. There is no salary. Volunteers receive a monthly stipend for room, board, and few essentials—enough to be at a level sufficient only to maintain health and basic needs. Men and women will be expected to work and live alongside the nationals of the country in which they are stationed—doing the same work, eating the same food, and talking the same language.

7. The Peace Corps program continues to reflect the evolving priorities of the U.S. government and changes in the population of the United States. Today, on average, volunteers are older than their predecessors and more experienced in specialized fields.

9. Lillian Carter, the mother of President Jimmy Carter, departed for Peace Corps service at the age of 68 as a public health Volunteer in India. Students’ own opinions.

14. Candidates were tested for their competence in a particular skill, for their knowledge of American history and American institutions, for their language aptitude or achievement. There was no passing score.

15. Director Sargent Shriver requested that two-year leaves of absence be granted to employees who join the Peace Corps had received a positive response from the public. He said that he hoped American businesses and industries would provide a two-year leave of absence, without pay, but with reemployment benefits for their employees who join the Peace Corps. The Illinois governor issued an executive order backing up Shriver’s request. Students’ own opinions.
Extension Activities – students own answers.