Literature and the Arts: Movies Bring Classics to Life 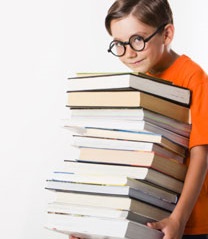 For generations, we have enjoyed watching our favorite children’s books come alive on the movie screen.

Walt Disney mastered the art of animating with such classics as Cinderella, Snow White, and The Little Mermaid, while the more recent releases of the Harry Potter series and Charlie and the Chocolate Factory carry the themes forward with live action. As with adult literature that has been adapted to film, we debate whether the film has stayed true to the original story. The Little Mermaid was one of my favorite classic stories. When I saw the Disney movie, I enjoyed it, but it was significantly different from the Hans Christian Andersen story. Viewing, discussing, and analyzing children’s literature through the lens of film can enhance your students’ vocabulary, comprehension, problem-solving, and communication skills. 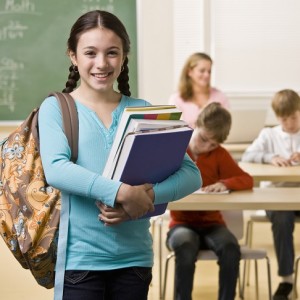 KidsReads.com offers up-to-date reviews of movies based on children’s literature. The site lists the movie title, production company, book the movie is based on, and a summary of the movie. If you click the movie title link, you are directed to the film company site. If you are interested in purchasing the book, click the title of the book for more information. By clicking ‘Games’ you will find word scramble activities that could be included in a classroom learning center: The Fudge Books by Judy Blume, Curious George, or Indian in the Cupboard. By clicking ‘Trivia’ you will find interactive multiple choice quizzes to assess student knowledge of story facts.

Movies And Television Based on Children’s Books is a site which lists many movies based on children’s literature. While the list of titles and authors will be useful, the links are outdated. This
list will be helpful in identifying classic literature and the movies on which they are based.

The Wonderful World of Disney

Walt Disney is probably the best known creator of films based on books. At the Walt Disney Family Museum Web site, you will find information on how Disney reinterpreted several classics to bring them to film. For example, in Cinderella, Disney added several characters and storylines to add more entertainment value to the film.

Pinocchio is another film in which Disney added an engaging supporting cast that was not in the original story. The memorable Jiminy Cricket became Pinocchio’s conscience and adviser. 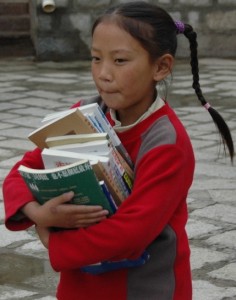 Have students read or listen to the original story and then compare how Disney’s film might be similar or different. Using a graphic organizer like a web, story map, Venn diagram, or a concept map can help students organize their thoughts. Then, students can use the ideas to write essays, present speeches, or design a poster.

For further extension, the Disney/Pixar Company Web site shows children the steps to animating characters for film in How We Make a Movie: development/creating a storyline, pre-production, production, and post production. Assign pairs of students to view this site. Then, have students make their own film or cartoon strip based on a classic tale by following the steps outlined

The Polar Express book and movie has inspired some wonderful lesson plans and classroom activities. This site links to Web sites which feature lessons, arts and crafts, and the Houghton Mifflin site with information on the author, book and movie.

With the popularity of ‘Charlie and the Chocolate Factory’ by Roald Dahl, many sites are available for use in the classroom. If students have watched the movie, direct them to visit the Warner Bros. Studios site for background information, photos, and games. From that link, students can visit the official site for Roald Dahl which offers classroom help in addition to activities, news and quotes from the book.

The fans of Roald Dahl have created a site with Chapter 22 of the book. This site could be used for a guided reading activity for a small group or whole class lesson. The text could also be incorporated into a learning center for students to animate the scene as they imagine it. Then, after watching the movie, students can compare their animation to the live action featured in the movie.

One of the most commercially successful Disney movies was ‘The Little Mermaid’. If students have read the original story by Hans Christian Andersen, they discovered that there is not a happy ending or additional sea creatures such as Disney added to their movie for entertainment. While more appropriate for older elementary children, you might access Little Mermaid Story Online so that your students can listen to the story. The text is included for students who can decode more challenging reading.

After talking with your students about the story, direct them to visit Copenhagen to learn more about the Little Mermaid statue inspired by the story. With your whole class or small groups, discuss why Disney might have changed the ending and added additional characters. Ask students to consider if the movie would have been as popular with the sad ending.

Finally, Yale-New Haven Teachers Institute’s unit on The Jungle Book offers an extended study of films based on children’s literature. The unit includes Narrative Introduction, Lesson I-Reading ‘The Jungle Book’, Lesson 2-Viewing ‘The Jungle Book’ films, Teacher Bibliography, Student Bibliography, and links for Multimedia Resources. The section which describes how to use a combination of film and literature in the classroom can be extremely helpful as you consider the many books and movies available for in class study.

§117.13. Theatre, Grade 3
(3.5) Response/evaluation. The student responds to and evaluates theatre and theatrical performances.

University of Calgary - Movies and Television Based on Children’s Books
http://www.ucalgary.ca/~dkbrown/movies.html

Pixar - How We Make a Movie
http://www.pixar.com/howwedoit/index.html