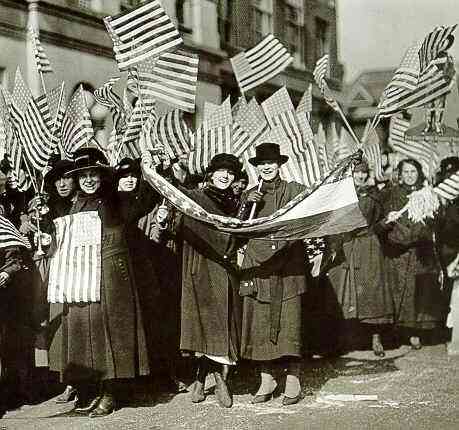 Perseverance and the Women’s Suffrage Movement 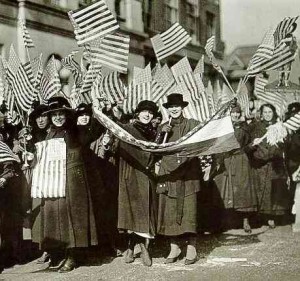 In 1776, Abigail Adams wrote an interesting letter to her husband. As a member of the Continental Congress, John Adams had been working with colleagues to craft a declaration of independence for the newly ‘united’ states. Abigail reminded John to remember the ladies in this new democracy. In an attempt to placate his wife, John responded with humor. Most likely, his attitude reflected the prevailing view among men of his day: women should accept their place.

In 18th century America, a woman’s place was quite small. They were not only excluded from voting, but had few rights concerning property ownership or career choice. By 1848, when the first women’s rights convention was held in New York, many of these limits on freedom remained in place. It took a sustained effort from thousands of women over the ensuing 72 years to finally earn suffrage. Obviously, perseverance played a huge part in the eventual success of women’s suffrage. As such, studying the suffrage movement provides an excellent avenue for teaching students about the importance of never giving up.

To see an example of the spirit that launched the movement for women’s suffrage, examine the correspondence between Abigail and John Adams. In response to Abigail’s request for more equity, John joked with his wife. Abigail was not amused. Have students read the letters and analyze their tones. What words indicate that John was unlikely to do anything for women? What words indicate that Abigail was not going to give up easily? 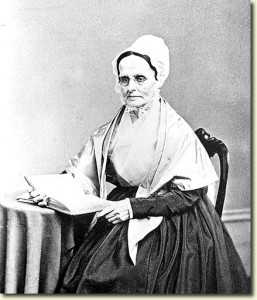 The movement for women’s rights in the 1800s was indirectly tied to the movement to end slavery. Women leaders of this time often advocated equality for all people, regardless of race or gender. As such, they belonged to several anti-slavery groups. Lucretia Mott was one such advocate. She and her husband attended the 1840 World Anti-Slavery Convention in London.

At the conference, however, women delegates were refused seats. This snub showed Mott that some men might be ready to end racism, but were not yet ready to eradicate sexism. Have students read this description of Mott’s distinguished career.

Discuss with students the span of Mott’s work. How do you think Mott felt when she was nearing the end of her life and women still had not earned the federal vote?

At the World Anti-Slavery Convention in London, Lucretia Mott met Elizabeth Cady Stanton, a woman whose passion for equality matched her own. Years later, during a spirited meeting in Seneca Falls, New York, they helped to plan the first convention for women’s rights. For the convention, Stanton drew up a Declaration of Sentiments that enumerated the state of women’s rights and demanded specific improvements, including the right to vote. Examine the brief Library of Congress site about Stanton and read this description of the Seneca Falls Convention.

Independence. Take a close look at the second to last paragraph, which discusses the actions the signers are prepared to take to win their rights. What language indicates that these women intended to persevere until they attained their goal of equality? 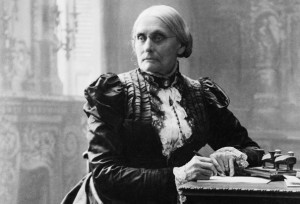 Another important leader who fought for women’s suffrage was Susan B. Anthony. Anthony’s memories of unfair treatment extended all the way back to her school days, when a teacher refused to teach her long division because she was a girl. Eventually teaming up with Elizabeth Cady Stanton, Anthony became a powerful voice for gender equity, going so far as to get arrested for voting in the presidential election of 1872. Watch this clip of Susan B. Anthony’s trial where she ‘illegally’ casted a vote.

Next, examine this PBS site that gives a detailed look at the lives and works of Anthony and Stanton. Pay special attention to the sections that discuss the 14th and 15th Amendments, which guaranteed voting rights to African-American males. Do you think women like Anthony and Stanton ever considered giving up? What might have happened if they did

By 1917, women were still working for the right to vote at the federal level. About half the states had granted suffrage, but the right had yet to be guaranteed in the U.S. Constitution. Elizabeth Cady Stanton and Susan B. Anthony were no longer living. Women like Alice Paul had taken up the fight. Paul joined picketers who targeted the White House throughout the winter of 1917. 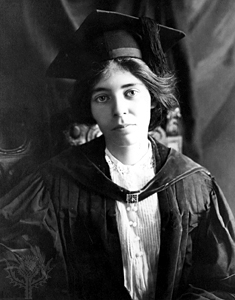 Their goal was to pressure President Wilson into supporting women’s suffrage. Used to set an example, Paul was arrested and sentenced to seven months in prison. While there, she began a hunger strike, calling even greater attention to the women’s movement. Examine this description of Paul’s courageous fight to gain something that Abigail Adams had asked for 144 years earlier.

The perseverance of suffragists was eventually rewarded in the second decade of the 20th century when their work at the state level, their challenge of the voting laws in the courts, and the picketing and hunger strikes all paid dividends. 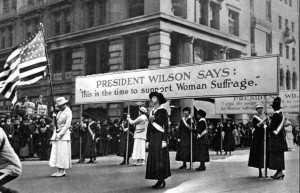 Suffragists had managed to convince Theodore Roosevelt’s Bull Moose Party to support them in 1912. By 1917, President Wilson had joined their side. Finally, Congress passed the 19th amendment to the Constitution, guaranteeing all citizens the right to vote regardless of gender. But those in favor of suffrage still could not rest. They had to campaign mightily to ensure that the required 3/4 of the states would ratify the amendment. On August 18, 1920, Tennessee became the 36th state to approve the 19th amendment, thereby officially guaranteeing all American women the right to vote.

The word perseverance clearly describes the actions of the people who advocated for women’s suffrage. Have students use that word (or one of its synonyms - doggedness, persistence, stamina, hardiness, steadfastness, determination, etc.) to create a poem about the suffrage movement. They should write the word vertically on their paper, and then begin each line with the corresponding letter from the word. Ask students to share their poems when they are finished.

Have students think of some event or circumstance from their life in which they practiced perseverance. Ask them write a comparison/contrast of their experience and that of the people who worked for women’s suffrage. How are they similar and different?

Finally, ask students to create a list of five future situations they will likely encounter in life that will require perseverance. Have them explain how that quality will help them encounter, resolve, and/or overcome each situation.

PBS . .Not For Ourselves Alone.
http://www.pbs.org/stantonanthony/