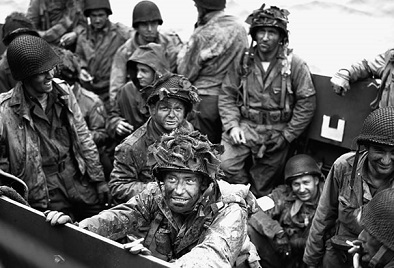 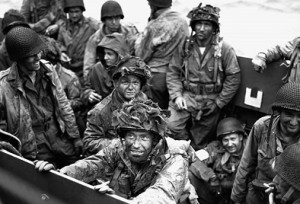 June 6th, 2014 marks the 70th anniversary of the D-Day landings in Normandy, a pivotal point in World War II. Due to its massive scale and success, this operation also stands as one of the most extraordinary accomplishments in military history. Between paratroopers, glider-borne troops, and soldiers traveling by ship, Allied forces shuttled over 155,000 soldiers across the English Channel on D-Day.  Their success marked the beginning of the end for the Axis powers, reshaping the course of world events in the 20th century.

In 2004 large ceremonies were held in observance of the 60th anniversary of D-Day. Many of the original D-Day participants trekked to the beaches of Normandy for the last time. As the younger veterans of World War II reach their mid-80s, it is important to recognize their service by keeping the knowledge and appreciation of D-Day alive. 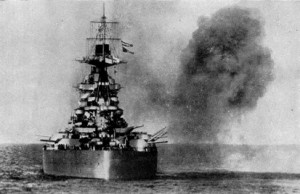 What Happened on D-Day?

Remind students of the context of D-Day by discussing Germany’s 1939-40 Blitzkrieg across Europe and watching this BBC animation of the fall of France. Be sure to highlight that nearly four years passed between the fall of France and the Allied attack to retake Europe. During those years, Germany had time to design and implement a complex network of defenses along the French coastline.

Hitler hoped to repel an Allied invasion with deadly obstacles and concentrated gunfire. Have students learn about the Atlantic Wall and its intricate defense system. Continue with the PBS feature about the factors that played a part of this battle. The page contains a description of German defensive measure and the Allied countermeasures. In the upper right, click ‘Interactive: Hitler’s D-Day Defenses’  This feature displays explanations and photos of several types of beach obstacles and fortified positions employed by the German military along the Atlantic coastline. 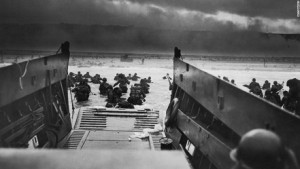 To see the Allied plan of attack, have students examine this BBC animation of the D-day landings. It contains a brief introduction and step-by-step descriptions of the buildup and invasion. Watch this video about the landings which contains actual video footage from D-Day. Follow up with this interview from D-Day veteran, Robert Sales. Lastly, have students read and listen to Eisenhower.s D-day order, a copy of which was given to every soldier involved in the D-Day operation.

Place students in groups and have them create a detailed news report on the D-Day landings. Students should report as if the landings have just happened. They may include such things as a reading of Eisenhower’s order and a description of the major troop movements. You might assign half the groups to prepare their D-Day report from an Allied perspective and half to prepare it from an Axis perspective. 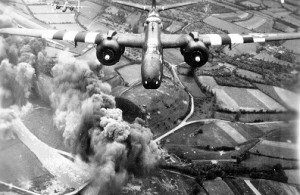 The number of D-Day participants and eyewitnesses shrinks with each passing year. Thankfully, many of their stories have been recorded. Examine these recollections of a French woman who saw the Allies storm ashore in front of her home. Next, read the thoughts of a member of the French resistance movement. To see a German view of D-Day, have students read this summary of a German soldier’s D-day experience. For a British perspective, read this summary of an English combat engineer’s D-Day memories. Lastly, examine the recollections of an American sergeant who landed on Omaha Beach. 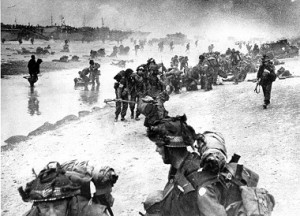 Have students invent a conversation between each of these D-Day witnesses. You may want to assign students into groups and have each member portray a different witness. Witnesses should discuss what they saw and did on June 6th, 1944. Make sure students highlight the experiences of these persons who participated in or witnessed the events of the Normandy invasion. When finished, ask groups to present their conversations.

June 6th has become a day of remembrance and commemoration for those who fought on D-Day. Have students examine this CNN report on the 60th anniversary of the Normandy landings. Look through the photos from this Time collection of images from Normandy.

Discuss the various methods for remembering D-Day. Be sure to mention the assorted cemeteries, monuments, museums, and other places that have been designed to honor the Normandy invasion. Next, discuss some of the specific ceremonies surrounding the upcoming 70th anniversary. How did the Allied governments organize and carry out their commemorations? 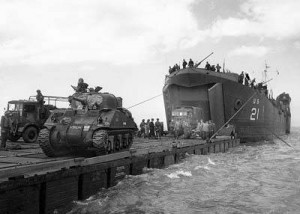 Ask each student to consider what type of ceremony they would create to honor the service and sacrifice of those who participated in D-Day. What would be included in such a ceremony? Who would speak and what would he or she say? What countries would be represented? Each student should write down a list of ideas they would include in their D-day recognition ceremony.

When finished, have students meet in groups to discuss their commemoration ideas. Ask each group to collaborate and design a D-Day recognition ceremony to take place in class. Have each group present a brief summary of their ceremony. Hold a vote (you may want to vote by secret ballot) asking the class to choose which group’s ceremony they would like to use on D-Day. On June 6th, or the nearest appropriate date, have the class commemorate D-Dayby conducting that group’s recognition ceremony.

NSS-USH.5-12.8 ERA 8: THE GREAT DEPRESSION AND WORLD WAR II (1929-1945)
Understands the causes and course of World War II, the character of the war at home and abroad, and its reshaping of the U.S. role in world affairs

§113.32. United States History Studies since Reconstruction
(6) History. The student understands the impact of significant national and international decisions and conflicts from World War II and the Cold War to the present on the United States.
(B) analyze major issues and events of World War II such as fighting the war on multiple fronts, the internment of Japanese-Americans, the Holocaust, the battle of Midway, the invasion of Normandy, and the development of and Harry Truman's decision to use the atomic bomb;