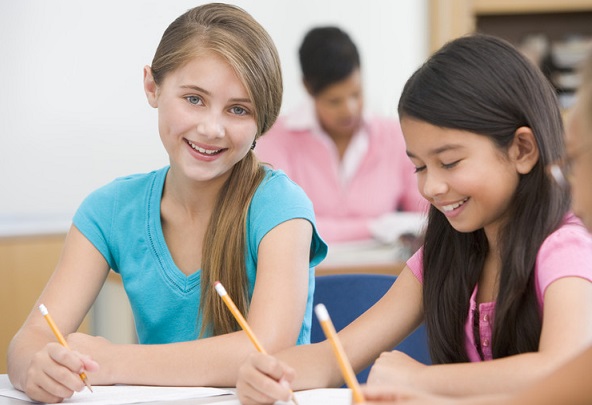 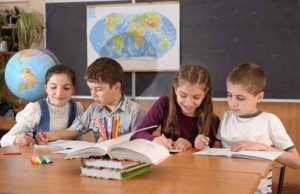 Academic standards have been around for years. For at least a decade, states and local agencies offered their version of standards to ensure equitable, high quality education for all. Teachers spent countless hours studying dozens of standards and planning standards-based curriculum.

Yet, critics charged that the system of well, unsystematic state standards was not unified; students in one district or state did not face the same rigor as students in a neighboring district or state. Critics also claimed these standards, often dozens of them, were cumbersome for teachers to implement and for students and parents to understand.

In the United States, education has been a state responsibility. Of course there were overlaps in state Language Arts standards. However, because each state worked independently to set its own standards, there were sometimes dramatic differences between them. Many states’ Language Arts standards were dense documents with long lists of sub-skills. (Revisit the state standards at Education World.) Since education falls within the states’ realm, national programs, such as No Child Left Behind, have come and gone. What makes Common Core Standards different is that it is a state-led initiative with a goal of being adopted by states nationwide. (View a list of states and territories that have adopted Common Core Standards.) It aims to put an end to the mishmash of state standards and to create in its place a unified set of standards that will ensure rigorous learning throughout the United States. 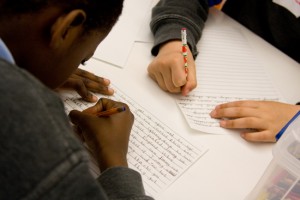 The Common Core Standards were written by teachers, school administrators, and experts. The initiative was led by the National Governors Association (NGA) and Council of Chief State School Officers (CCSCO). (Texas and Alaska did not participate in designing the Standards; Virginia will not adopt them.) After researching and comparing state standards, international education systems and standards, and students’ college and job readiness, the designers formulated six goals for the K-12 math and English Language Arts Common Core Standards. 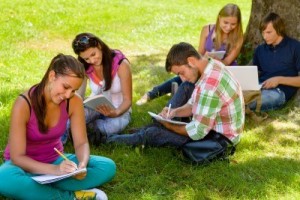 NPR’s Larry Abramsom reports on the Standards in this March, 2010 story. The link to the left allows you to hear his report. To read about the response to the Core Standards since their release in June, read the New York Times article, Many States Adopt National Standards for their Schools.

The 6-12 ELA Standards are divided into four strands: Reading, Writing, Speaking and Listening, and Language. They offer grade specific end-of-the year goals, as well as a cumulative progression of skills. State standards often focused on personal narrative texts and writing, a genre rarely found on the job or in college. The Common Core Standards focus on informational texts and informational and argumentative writing.

To see a complete PDF of the ELA Common Core Standards, or the three ELA Appendices, visit the Common Core Initiative Standards page.

Of course, adopting the Common Core Standards is only the beginning of the process. In the coming months school officials and teachers will begin implementing these standards in their curriculum and units. Funded by The Bill and Melinda Gates Foundation, CommonCore.org has begun this work by sharing Curriculum Maps created by teachers and based on the Core Common Standards. These maps demonstrate how these standards might translate into units. 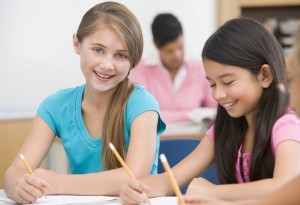 Scroll down to see the middle school and high school units. Most grades contain six unit maps. Each map includes an overview, essential question, focus standards, student objectives, suggested texts (often those used in the CCSS), sample activities, and resources. These maps are not prescriptive and there is much they do not include (such as individual lesson plans or rubrics.) They are a resource to be fleshed out as each teacher sees fit.

Only time will tell if the Core Common Standards will revolutionize American education. What is clear is that these standards distill what is essential for students to know and to do in order to compete in twenty-first century colleges and workplaces.

The English Language Arts Common Core Standards is a brief, clear list of skills that promote deeper, higher literacy. The Core Common Standards gives us the opportunity to shed the cumbersome, divisive state standards and, instead, create a nationalized state system. Of course, what really matters to teachers is that these new standards are clear, rigorous, egalitarian, workable, and that they enable us and our students academically grow.