It is the season for screams—haunted houses with spooks around each corner, Frankenweenie and Hotel Transylvania are haunting movie theaters, and Jack ‘O Lanterns perch on porches around the country. It all comes to a head on Wednesday when ghosts and ghouls of all sizes will hit the streets in a quest for masses of candy.

Perhaps the world’s most recognizable scream is the one by Norwegian artist, Edvard Munch. In May, The Scream became the most expensive piece of artwork sold at auction when an anonymous private buyer paid $120 million for it. Last week, on October 25, The Scream arrived at New York’s Museum of Modern Art (MOMA) where it will be exhibited for six months. The ‘anonymous purchaser' of The Scream is unofficially Leon Black, billionaire financier, CEO of the private equity company Apollo Global Management, and one of the nation’s foremost art collectors. 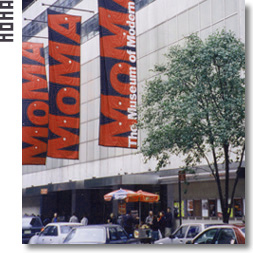 Edvard Munch’s study of the internationalÂ development of symbolism during this period of time (1890s) was a precursor to the explosion of the expressionism movement in the art world.

According to the Encyclopaedia Britannica,Â expressionism is the “artistic style in which the artist seeks to depict not objective reality but rather the subjectiveÂ emotionsÂ and responses that objects and events arouse within a person. The artist accomplishes this aim throughÂ distortion, exaggeration, primitivism, and fantasy and through the vivid, jarring, violent, or dynamic application of formal elements.”

Look through some of the examples of expressionistic art and read the information at the ArtyFactory’s focus on Expressionism.Created as part of Munch’s Frieze of Life Series, The Scream is just one of a number of his expressionistic masterpieces. During this time period, Munch explored the progression of modern life by focusing on the themes of love, angst, and death. He was primarily interested in expressive representation of emotions and personal relationships. Click through the small rectangles at the bottom of Munch Museet’s Internet exhibition of THE FRIEZE OF LIFE to view some additional artworks from his collection.

Also calledÂ The Scream of Nature, The ShriekÂ andÂ The Cry, there are four versions of the painting in existence today.Â While the pastel-on-board version is on special exhibition in New York City, the other three versions are owned by Norwegian museums and have not travelled in years. If you happen to stop by Oslo, Norway, make sure to visit the NasjonalgallerietÂ (National Gallery) where you will find The Scream as well as a plethora of other amazing pieces of art. For Americans, the six-month visit to the MOMA offers a rare opportunity to view The Scream.

Commemorate the season of screams by investigating The Scream, Edvard Munch, and Expressionist art.