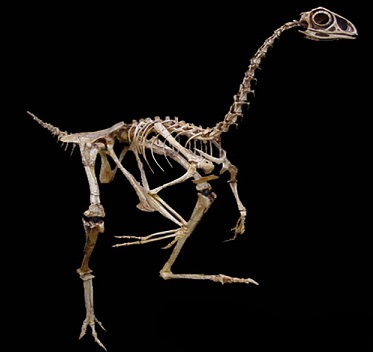 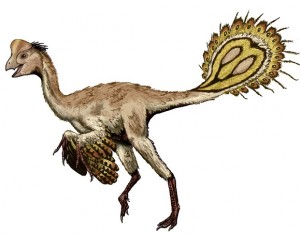 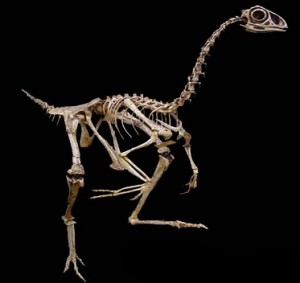 Earth is a dynamic environment— coastlines recede or grow, bodies of water dry up or change course, wind erodes rocks and shifts sand, earthquakes and fault lines add mountains and valleys and rearrange the land. How are paleontologists able to study prehistoric creatures, plants, and conditions that existed millions of years ago when so much of what existed has changed and continues to change? Fossils are one way they are able to see into the past.

A visit to the museum may give you the impression that fossils are common. They are not. Most prehistoric plants and animals did not leave fossil evidence of their existence. In fact, a very special set of circumstances must occur to form a fossil. There are several types of fossils, each created in a different way. Try your hand at the Fossil Fabricator—can you select the right conditions and create a fossil? Click on ‘About the Science’ to learn the basics behind your task. 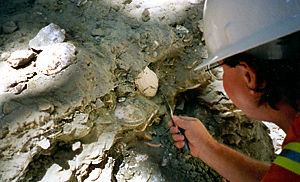 Once a fossil is discovered, paleontologists use several methods to determine how old it is. Knowing its age helps scientists properly place each fossil on the fossil record—the collection of all fossils, discovered and undiscovered. Occasionally, a fossil will reveal something new, like the November 25th announcement of a new species of dinosaur. These new discoveries help connect the evolutionary dots and allow scientists to understand how species evolved. Launch the Fossil Evidence interactive to view four other fossil discoveries that have helped scientists better understand evolution. 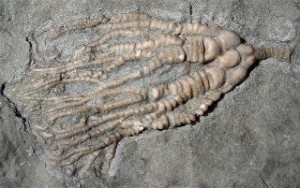 Paleontologists have tremendous patience. Their work is slow and precise, and a discovery is far from guaranteed. When a fossil is discovered, paleontologists follow protocols to ensure the safety of the delicate, prehistoric relic. In The Life of a Vertebrate Fossil, the Smithsonian National Museum of Natural History leads visitors through the steps—from selecting a site through excavation and analysis—taken by paleontologists. Use the ‘next’ button or the Roman numerals to advance. Visit the Smithsonian’s FossiLab and peek in on their current projects. Accompany scientists on a virtual dino dig and witness the steps necessary to protect a fossil. Select your level and try your hand at piecing together a fossil. Try the Super-Challenge level just to see what it is like. If you are interested in planning a fossil hunt, visit the American Museum of Natural History and learn about Finding Fossils. At what local site might you find fossils?

The New Fossils on the Block

Fossils are the ultimate game of hide-and-seek. A scientist must dig in just the right place in order to unearth a fossil hidden eons ago. The Oviraptorosaur found last week in Montana is only the second significant fossil of its kind to be found in North America. The Carnegie Museum of Natural History in Pittsburgh is home to the first of its kind. Visit the Carnegie’s Field Guide to the Oviraptorosaur. View photographs of its skeleton. Discover what this skeleton revealed to scientists about its place in the Tree of Life. Learn more about where it roamed and the biodiversity of its environment. Meet Mark Norell, a paleontologist who has searched for Oviraptorosaur in China’s Gobi Desert. Read his interview and view his card.

Scientists from Illinois and North Carolina must have been thrilled to discover a new species of dinosaur in Utah. It is one of the largest meat-eating dinosaurs discovered in North America. Researchers named their discovery after a legendary Native American monster, Siats. Travel online to the North Carolina Museum of Natural Sciences to meet the latest prehistoric monster, Siats Meekerorum, and to discover what makes him rare and important. If you are interested, watch the press conference that announced the discovery and the video, Untamed Science. But, be sure to watch the interview with paleontologist Lindsay Zanno. She explains how they selected their dig site, and how Siats Meekerorum helps scientists understand the evolution of the famous carnivore, T. Rex. 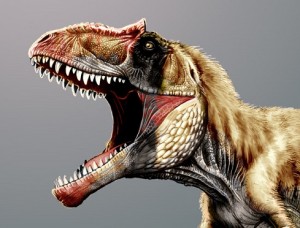 When you read your local newspaper this week, first focus on the Science section. What discoveries are being reported? What questions are being explored? What new questions exist? How do these discoveries connect to the past?
Next, read news and weather articles. What is the weather worldwide? What geological or meteorological events might impact Earth’s environment? How might this influence local life and future discoveries?