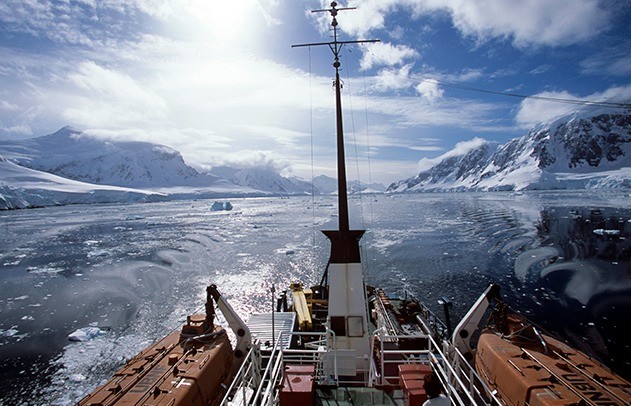 Retracing an Epic and Icy Voyage 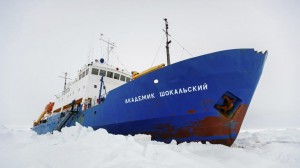 It was a cold Christmas for the 50 passengers and 20 crew members aboard the Russian passenger ship MV Akadamik Shokalskiy. Led by Australian climate scientist, Chris Turney, of the University of New South Wales, the crew began a research journey to Antarctic on November 28. On Christmas Eve, the frigid sea winds pushed ice around the ship, trapping it along the edge of Antarctica. The ice, 10-feet thick, also proved too much for a Chinese ice-breaker sent to rescue the ship. It is also stuck. You can follow their journey and their rescue by reading Turney’s blog entries or on Twitter at #spiritofmawson. 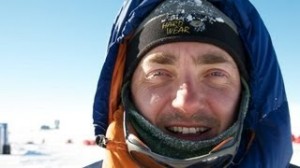 There are few worries—two additional ice breakers are on the way, supplies are plentiful, and hopes remain high that conditions will change and a rescue will come soon. Technology may make the rescue process smoother, but the incident highlights Mother Nature’s reign in the southernmost realm of the world. One might wonder, considering the 1’ Fahrenheit temperature with winds of 17 miles an hour and nothing in sight but ice and freezing water, what a research team and passengers are doing on this voyage. They are recreating and extending one of the most important research expeditions of the past century. They are also honoring an amazing journey of survival and tragedy. 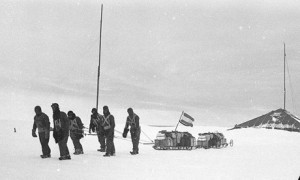 Over one-hundred years ago, as part of the Australasian Antarctic Expedition (AAE) Douglas Mawson ventured to uncharted areas of Antarctica observing the climate and wildlife. Mawson’s trek in unmapped regions of Antarctica provided valuable information. Turney, his team, and a group of paying volunteers aim to follow the scientific footsteps of Mawson. Turney and his colleagues will compare Mawson’s observations with their observations and measurements and create a picture of how the region has changed over the past century.  Meet the new AAE team leaders and scientists and learn a little about each member’s scientific interests. Compare the original expedition path with Turney’s new AAE route. 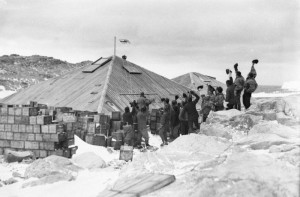 Mawson’s original AAE provided more than early scientific observations of a largely unexplored region vital to Earth’s climate. It also became one of history’s most amazing stories of scientists’ (mis)adventures in the unknown, of tragedy, and of one man’s journey to the brink of survival. Australia’s Cultural Network and the University of Adelaide bring you In the Footsteps of Sir Douglas Mawson, an interactive examination of Mawson’s original AAE expedition. It is a full site with primary source documents, photographs, maps, audio, and video files so take your time and be patient, some pages take a moment to load. The site is divided into three sections: Antarctica, Diary, and South Australia. Open the diary to read Sir Douglas Mawson’s biography or to view a timeline of his life. In the South Australia book, learn more about Mawson’s early geological research. Read the chapters titled Broken Hill and Olary, and The Flinders Ranges.  If you are especially interested in the science behind his research, read the subsections (on the right) for each chapter. Finally, learn about Mawson’s Antarctic expeditions: the British Antarctic Expedition and the original AAE. In the chapter on the Australasian Antarctic Expedition, be sure to open the links for maps, audio, and video. Hop over to The Guardian for a slideshow of photographs from the AAE expedition. Return to In the Footsteps of Sir Douglas Mawson and discover more about the scientific inquires Mawson and his teams investigated and Antarctic’s scientific importance. 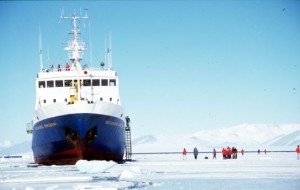 An Unforgiving Landscape at the Bottom of the Earth

Relatively few people explore Antarctic in person. There are good reasons for this. Antarctic is frigid and remote. Getting there is a chore. Most people would consider being there unpleasant, especially during the bone-chilling, dark and windswept winter. Instead, visit Antarctic online at the Washington Post’s interactive Exploring Antarctic. Visit the dry valleys, and Mount Erebus.  Take a closer look at Antarctic’s rich environment. If you have a strong hankering to visit Antarctica, learn more about the logistics of where, when, and how to get there. 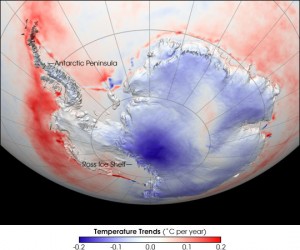 A Hub of Research

Australian scientists are not the only ones collecting data and conducting research in Antarctic. Scientists from around the world visit Antarctic. (Although, this year, some American scientists missed the window for their research when the partial government shut-down grounded their research. Antarctic’s unforgiving climate provides a narrow window for projects and requires a lot of planning.) Read about the scientific importance of Antarctic. Scientists do not simply hop a flight and go to Antarctic. A trip to Antarctic requires careful planning. Learn more about how scientists prepare to travel south. Visit the Royal Geographical Society’s Discovering Antarctica to discover what it is like to collect data on the windswept, frozen mass. Watch a brief video about how scientists reach their destination and what their accommodations are. Launch a series of multimedia features to find out how and why scientists are studying the Antarctic’s sea, air, and land. Collecting the data is only one part of a scientific study. Scientists also interpret their data. Examine some data and share your interpretations. 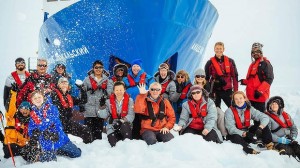 Follow the new Australasian Antarctic Expedition in your local newspaper. Researching Antaractic's frozen, vital ecosystem is cool. (Very cool.) But, there is interesting science all around. What local ecosystems might you investigate and what research questions might guide your work? Collaborate with a classmate on a local question, or contact a local nature agency about their current research and how you might help.