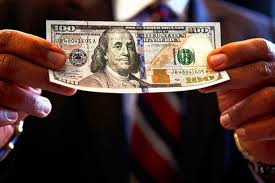 A Face-lift for Franklin

Money, moola, lettuce, loot, long green, Benjamins, bills, bones. No matter what you call it, money is at the heart of much of what we do. Protecting our money is important. On October 8, a new $100 bill hit the streets. The new currency still features Ben Franklin, but it also includes new anti-counterfeit measures.

It may seem that the $20 is the most circulated American bill. After all, it is spit from ATM machines across the country. Have you ever seen a $100? Actually, there are approximately 900 billion dollars worth of $100 bills in circulation, second only to the dollar bill. Most $100 bills circulate overseas. $100 bills stay in circulation for an average 15 years. Considering the number of bills and how long they circulate, the Federal Reserve wants to ensure that $100 are difficult to counterfeit. The Federal Reserve, the agency that oversaw the $100 bill’s update, spent years designing the new bill and fixing several printing glitches. Discover more about the history of American bills, the production process, the new and improved $100, and the future of cash. 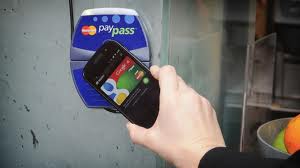 The History of Money

The Bureau of Engraving and Printing (BEP) oversees production of United States currency. Read a brief history of the BEP and view a historical timeline. How have wars affected the production of American currency? Pay particular attention to the years of the Civil War, and World Wars 1 and 2. View facts about small and large American currency, including some that is no longer being printed. A handful of laws define ‘legal tender’, and govern the printing, and altering of American currency.

Before paper bills, people still found a way to exchange and to buy goods and services. But what did they use as money? View an overview of how money has changed through history. As you read, consider the problems associated with each form of money.

What do blue jeans and money have in common? Discover the unexpected connection between jeans and money. Hear which aspect of money-making in American has remained the same since 1879. Watch how the paper for money is made and some of the features that make this paper unique.

Of course, making the paper is only part of the process. Now the money must be printed and the bills inspected. Watch an excerpt from National Geographic’s Money Factory to see the printing press in action and the rest of the process. View 21:00 to 25:10. 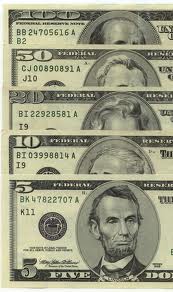 Occasionally, bills are redesigned to incorporate new security features. Last week’s unveiling of the new $100 is the latest redesign in a series of improvements to American cash. Visit the Bureau of Engraving and Printing’s interactive feature to learn more about how and why the $100 bill was changed. See how the bill changes when you tilt or flip it, and under different lighting. Click on different denominations in the upper right corner—the five, ten, twenty, and fifty dollar bill—to discover how they have been updated. Be sure to click on each security feature under the image, and to check out the link for ‘Additional Features’ at the bottom left of the page. 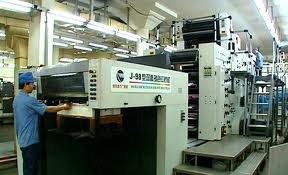 Behind Ben Franklin’s new look are designers who planned and created the new bill. Watch the video, Field Trip to the Money Factory, to hear from Brian Thompson, banknote designer, and Dixie March, script engraver. Now, learn more about how bills are designed. Watch episode 3 in the podcast series, The Art of Banknote Design. Try your hand at designing a bill. This is a playful activity but it introduces some of the key design elements of American currency.

Visually impaired and blind consumers can use touch to identify the size, and therefore the value, of coins. But, how do they identify paper bills? In 2011, the Bureau of Engraving and Printing unveiled a unique and amazing app that makes it easy to identify bills. Watch how the app, EyeNote, works.

Money will continue to change, especially as technology transforms how we live, work, and do business. Of course, just as with cash, which is light and pocketable but may be lost or stolen, new forms of money have pros and cons. One new form of money is digital cash. What are your predictions for digital cash and the future of money? What will be in your pocket in the coming years?

How does money affect our daily lives? This week, as you read the [TargetNewspaper], focus on articles that relate to money: how is money valued, what events alter its value, how is it used, who has it, who does not. Collect these articles, cut out words in the articles and use them to create a found poem about money.