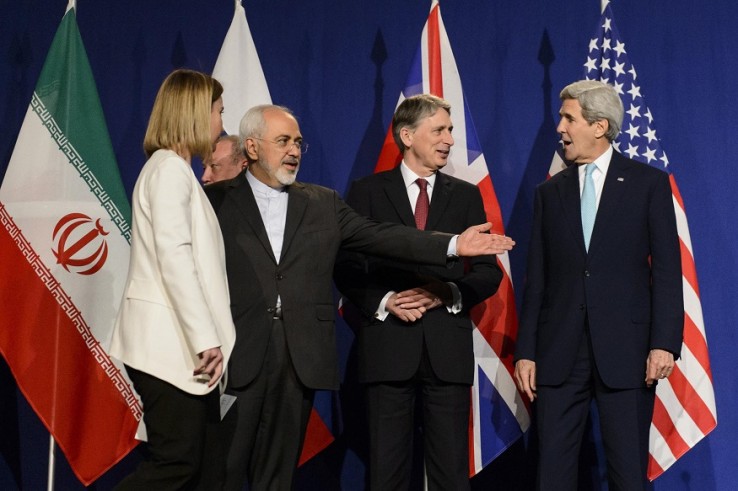 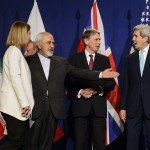 Last Thursday, March 30, a momentous tentative agreement was forged between two nations with a long drawn-out history of mistrust and animosity. The United States and Iran, after almost two years of negotiations and debate sat together over a period of eight days in Lausanne, Switzerland, to hash out a possible plan for moving forward in the Iranian nuclear development stand-off.

Jump back to September 2009 when the U.S. discovered a secret underground nuclear enrichment facility, called Fordo, near the Iranian city of Qum. This operation contained over 3,000 centrifuges. The U.S. demanded that Iran close this and any other facility in Iran and Ayatollah Ali Khamenei, the Supreme Leader of Iran refused. Read the September, 2009 article U.S. and Allies Warn Iran Over Nuclear ‘Deception’ (New York Times) for a quick overview of the events of Fall, 2009. This discovery and international concern set off a series of sanctions and threats and discussions that led to no resolution and has continued until this past week where a glimpse of positive movement seemed within grasp. 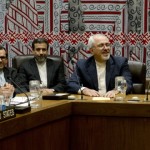 Return to today; the world watches with bated breath as both the U.S. and Iran take cautious steps to move forward post last week’s negotiations and deal. Read the TIME Magazine overview, Here’s What You Need To Know About the Iran Deal and the Washington Post’s A step-by-step guide to what the Iran agreement actually means. The New York Times also provides a very good overview: The Iran Nuclear Deal: What You Need to Know as does Foreign Policy: The Top 5 Things to Know About the Iran Nukes Deal. 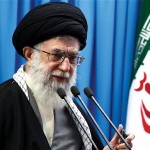 This was certainly a grueling process for all sides. Watch President Obama’s public statement, Iran Agrees to Detailed Nuclear Outline, First Step Toward a Wider Deal (New York Times). You can also hear Obama’s statements on the White House Web site: The White House Blog – President Barack Obama Weekly Address: Reaching a Comprehensive and Long-Term Deal on Iran’s Nuclear Program. President Hassan Rouhani vowed that Iran will honor all of its pledges of this agreement "as long as the other side honors its promises as well." Watch this video: Iran's Rouhani says he can "cooperate with the world" from Reuters. Read the article from USA Today, Rouhani vows Iran will 'honor promises' in nuke deal.

The reactions to this deal have been very mixed. Strong support for and adamant opposition against such a deal with these terms has been expressed from all over the globe. Many people stand somewhere in the middle, nervously watching as events unfold; unsure of what to hope for and what to expect for fear of expectations that are too high and merely doomed to fail. 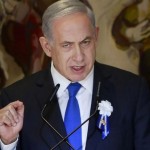 First read Is The Iran Nuclear Framework Agreement A Good Deal? (Huffington Post). Follow up with this Analysis: Iran deal's missing details spell trouble (USA Today). The U.S. News and World Report suggests that this is Something, But Not Enough - Appeasement has enabled Iran's imperial ambitions – even without a nuclear bomb. Many in the United States are hesitant as Iran nuclear pact stirs hope and fear of new political order in Mideast (Pittsburgh Post Gazette).

Israel, one of the strongest allies to the U.S., has been against any such deal all along and their reaction was swift and passionate. Read the USA Today article, Netanyahu: Iran deal threatens Israel's 'very survival'. In fact, Obama, Netanyahu (again) dispute Iran deal (USA Today). One point that President Benjamin Netanyahu is adamant about, Netanyahu Says Final Nuclear Deal Must Include Iran’s Recognition of Israel (New York Times). 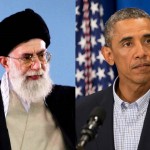 This deal is not yet set in stone; in fact it is merely an agreement to continue working towards a common deal of which the deadline has been set for June 30, just three months from now. The United States and other nations around the world do not want for Iran to hold the capabilities nor the materials that will allow them to construct nuclear weapons. Iran argues that they need the enrichment programs for their own economy; not for war. There is very little trust between the two sides and so every move forward or backward is observed and analyzed by multiple advising parties. Security for Israel is an international concern, however Iran has openly stated their goal for annihilating the state of Israel. Promises and threats have been made from all sides and negotiations are a very delicate and volatile matter. People living in all nations, including Iran, the U.S., and Israel, collectively hope for a peaceful solution where everyone can continue to maintain healthy and happy lives for themselves and their children. 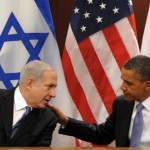 As you follow the developments of this historical news in your [TargetNewspaper], make a list of the positive implications of this agreement. Make a list of the concerns that all sides involved in this matter have and will continue to have. Discuss your lists as a whole class and make one collective list for the entire class to view.