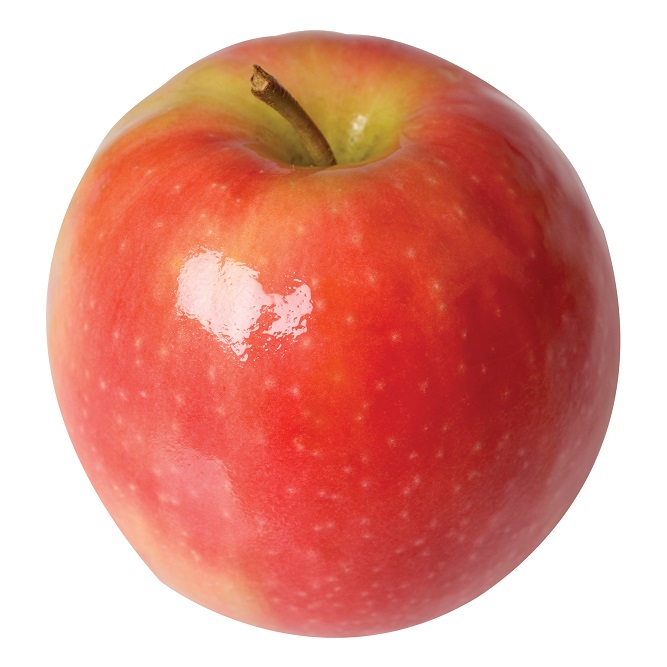 An Apple a Day

Apples, the crunchy, juicy fall fruit, have inspired writers, philosophers, and scientists for centuries. Quotes about apples abound: The apple does not fall far from the tree. She is the apple of my eye. An apple a day keeps the doctor away. Why did the apple fall? You cannot compare apples and oranges. She is a bad apple. He upset (or, be careful not to upset) the apple cart. 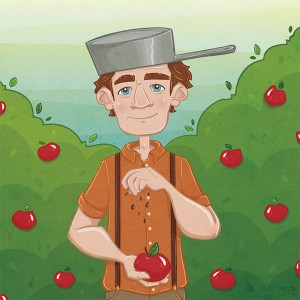 There is something about a crisp fall day and the appealing crunch of an apple, the robust warmth of apple cider, or the delicious aroma of an apple pie. It is no wonder Jonathan Chapman wanted to spread apple trees across the country. But as you might expect, Johnny Appleseed’s status as provider of sweet apples to frontiersmen and father of America’s oldest apple orchards is not fully accurate. In truth, Appleseed walked 100,000 miles of prairies and wilderness in the Midwest: Pennsylvania, Ohio, Kentucky, Indiana, and Illinois. As he traveled, he planted apple nurseries that sold apple trees, not apple orchards from which anyone could pick. The trees he cultivated and sold did not produce sweet, large apples like we enjoy. Instead, they produced small, sour fruit. Why was this? Discover the juicy truth about the apple’s history, growth, production, nutrition and economics. 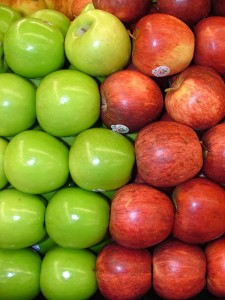 Apples did not begin as a sweet fruit. However, just as evolution influences how animals adapt and survive, evolution also changes fruit. Michael Polan’s Botany of Desire, traces the roots and evolution of the apple and how people, including Johnny Appleseed, have helped, intentionally and unintentionally. View from 4:16 through 13:21. 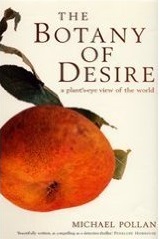 Why didn’t Johnny Appleseed’s apple trees produce edible apples? How did Johnny Appleseed’s plantings allow hundreds of apple varieties to develop? To understand, you must learn something about rootstock, grafting, apple botany, and Appleseed’s religious beliefs. Begin by watching another section of Botany of Desire: 13:21 through 30:52.

Because most apples must be cross-pollinated and the seeds will not produce the same type of apple, growers have turned to grafting. After all, a farmer wants to control the type of apple he grows. Grafting allows growers to attach a cutting from the apple tree they want to grow (scion) onto a root stock. The grafted scion grows and produces apples. Watch a demonstration of three grating techniques.

If you do not want to try your luck with grafting, you can avoid that step. Apple trees for sale in nurseries have already been grafted. This is how they know what type of apple the tree will produce. Buy the variety you like and plant your own apple tree. 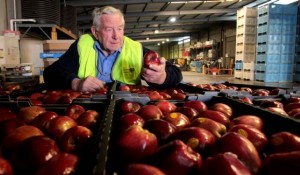 Growing apples is not easy. Mother Nature throws an arsenal of troubles at growers: spring wind storms blow blossoms off trees, prevent pollinators from landing, and damage trees, spring frosts damage blossoms, fall frosts damage crops, pest nibble away at fruit, disease damages trees, and too much rain causes top-heavy apple trees to fall over. Persistent growers are rewarded with bountiful crops but getting apples from the tree to your table is a labor intensive process. Discover one way growers combat pests and view an overview of how apples are processed in an apple industry video. For a closer look at what happens to apples after they are picked, tour an apple packing plant.

Because apples are hand-picked, growers rely on workers willing to climb ladders and to pick each fruit, piece by piece. Last year, there was a shortage of workers. Of course, fewer people to pick the ripe fruit means lost revenue for growers, and less availability and higher prices for consumers. According to the U.S. Apple Association, “[The 2013] crop is forecast to be 243,311 million bushels…a 13% increase from 2012.” Of course this is barring any late season frosts and provided there are enough workers.

The Healing and Earning Power of Apples 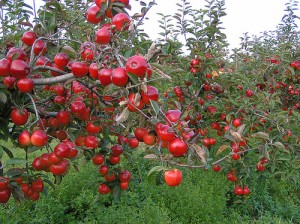 The average American eats 50 pounds of apples each year. There are good reasons to crunch into that many apples. One apple has 5.4 grams of fiber, 21% of the recommended daily amount. Apples contain high levels of boron and quercetin. Both improve brain functioning. How else does an apple a day keep the doctor away? Canadian Broadcasting shares several studies that reveal the healing powers of apples.

If all this talk of apples makes your mouth water, study a visual guide to apples. Then visit pickyourown.org for a chart of which apple to pick and why, apple picking tips, and finally, to find a pick-your-own orchard near you. While you are there, sit under a tree and read Shel Silverstein's The Giving Tree, perhaps the most famous American picturebook featuring an apple tree.

Did you ever pause before biting into an apple to consider its history, science, or economic relevance? There is history, science, and economics all around us. This week, as you read the [TargetNewspaper], pay special attention to the gaps in articles. Gaps are the pieces of articles or books that raise questions, the untold stories, the places your imagination and curiousity can run free. Save three articles that contain gaps. Brainstorm a list of questions. Share the articles and your questions with a partner. What other questions does she generate? Focus on one question and use the [TargetNewspaper] archive to research.