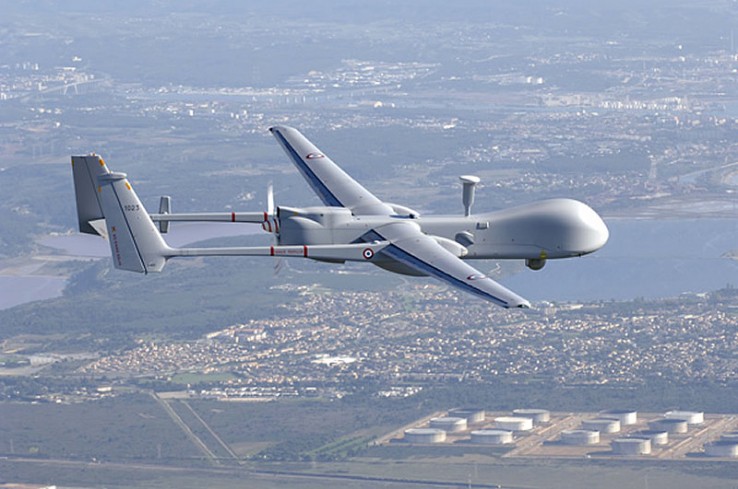 Drones Coming to the Sky Near You 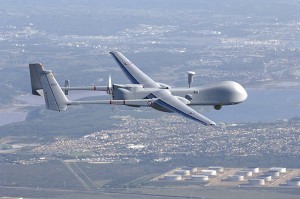 When you imagine the future, what does it look like? Do drones hover over football games to telecast the action direct to your wireless devices, deliver Dominoes to your door at half-time, and monitor the post-game traffic from the sky above the stadium? If your vision of the future features drones, then the future is here.

If last week’s news is any indication, drones—unmanned aerial vehicles (UAVs)—have arrived. This week coalition forces used armed drones in their attacks on ISIS. They are the kind of drones most of us think of—sleek UAVs sweeping across the sky, dropping weapons with laser precision.  But, there are a variety of UAVs. Some are tiny enough to fit in the palm of your hand and maneuver agilely. Others, like the drones flown against ISIS are huge and, while unmanned, require a team of pilots, flight coordinators, and mission commanders. So, what is a drone anyway? 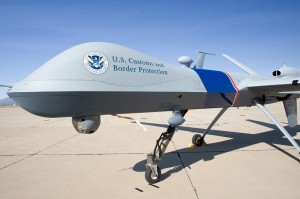 Huge and armed or small and benign, drones offer a seemingly endless range of other applications from conservation and movie-making to fire fighting and environmental research. Drones have not reached your door (yet) but they are on their way. Turn your attention to drones and discover what drones can do and when you might see one in the sky above your home.

Behind every cool flying robot is a lot of cool math. Professor Kumar explains to a TED 2012 audience how drones fly. Professor Kumar also explains some of the more noble applications. As drone technologies and costs become more accessible, more commercial industries and public services look to for ways to use (and to profit from) drones. 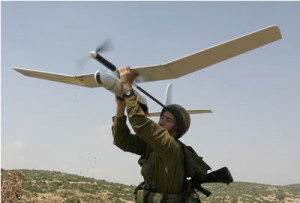 As the BBC correspondent mentions, there are safety and privacy issues to consider: Who owns the airspace around your house? Who owns video captured of you by drones? Who can operate a drone, where, and for what purpose? How do we protect commercial airlines from collisions with drones? For now, FAA regulations require permits to fly UAVs and it tightly controls how many permits are issued and the conditions of each. Last week, the FAA took the first step toward what many see as more commercial use of drones when it granted permits to six Hollywood and television production companies to use drones during filming. Of course there were caveats: filming drones may not fly higher than 400 feet and must be used on closed sets with a certified pilot operator in sight. The FAA granted these permits because they consider them low-risk. However, it opens the door to other commercial uses and sends hopes skyward that the FAA will grant drone permission to other applicants. Wedding photos from the sky anyone?

Delivered to Your Door 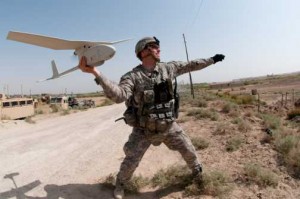 In another first for drones, last week the delivery service DHL announced it would begin delivering medicine from the German coastal town of Norddeich to the island Juist by drone. Flights are to begin this week and are the first instance of commercial drone flights in Europe where the UAV flies beyond the operator’s view. The idea of a drone delivery service is not new. Google and online distribution center Amazon, where seemingly everything can be purchased, have both tested delivery drones. Amazon shared its vision of half-hour delivery, Amazon Prime Air, with 60 Minutes interviewer Charlie Rose. It’s an idea Amazon intends to deliver. 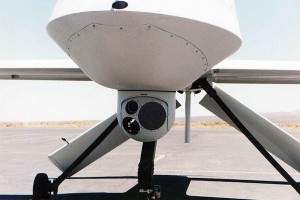 The commercial applications go beyond instant shopping satisfaction. Drones can be used by scientists for a myriad of purposes: taking thermal images to identify archeological sites, exploring the most remote areas of Earth—ice fields and volcanoes—and measuring weather as it develops. Lian Pin Koh shares a thoughtful explanation about how drones help conservationists monitor habitats and animals, track the changing landscape, and map remote landscape. He also imagines future uses for drones.

Read this week's local newspaper with drones on your mind. Find an article that mentions a problem or event that you think could use a drone. Create a product advertisement that shares a sketch and briefly explains how it drones will help. 'Sell' your drone idea to a panel of classmates. Hear their sales pitches. Which drone idea do you think is most likely to be awarded a permit?