Paying a Song for a Song 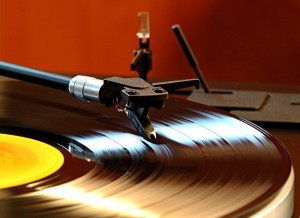 Back in the day, music was only available by buying records or cassettes, or by listening to a commercial radio station. Technology has changed how and where we listen to music. Gone are the days of needing a store, or even a product like a record, or cd. Today, music is downloaded and streamed. iTunes, the largest online music retailer in the United States, makes it possible to download full albums, or only the songs you want. Streaming, the without buying it. Streaming companies like Spotify, Pandora, andcomingthis fall, Apple Radio, also offer paid subscriptions that eliminate the commercials. These changes in how and where we access our music have had economic effects on the music industry.growing trend for listeners, allows you to listen to music—and commercials— 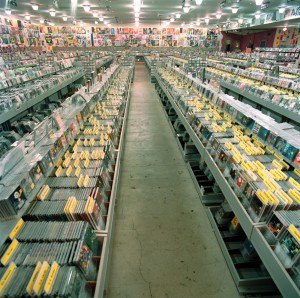 In 1972, Congress extended copyright protection to sound recordings. A treasure chest of classic hits was recorded before 1972, when copyright protection for sound recordings was covered by only a patchwork of state laws. Songs by legendary artists such as Elvis, Dionne Warwick, Sam Cooke, the Beatles, (maybe one more Beatles song…or two) and Bob Dylan (okay, maybe one more by Dylan, too) were released before 1972. 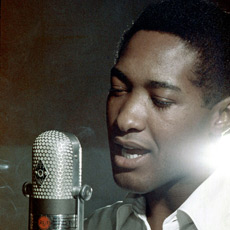 Recently, there have been a number of lawsuits filed against Sirius, the satellite radio company that digitally broadcasts a collection of radio stations. Among Sirius’ offerings are classic radio stations like 40s on 4, 60s on 6, and 70s on 7 that feature music from a particular decade. The most recent lawsuit was filed against Sirius last week. In it, three major music labels—Capitol Records, Sony Music Entertainment, Universal Music Group—and indie label ABKCO claim Sirius has not been paying royalties for songs recorded before 1972.

At the heart of these cases are questions about song copyrights and royalties. Put your headphones on and prepare to learn more about the inner workings of the music industry. 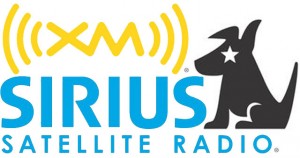 Who Owns a Song?

It seems easy: write music and lyrics, record the song, sell copies, make money. Anyone who can write some soulful or catchy lines, or carry a tune should be able to do this. And then make a fortune. After all, there are plenty of super-rich musicians and songwriters. Radio playlists are full of examples of financially successful musicians: Katy Perry, Will.i.am, Ne-Yo, Maroon Five, Blake Shelton… In truth, the music industry is a complicated place, and most artists do not make a lot of money. 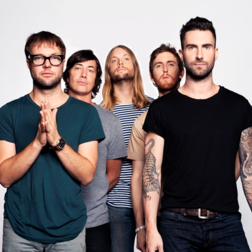 A royalty is an amount of money paid to a person who owns a song each time it is used. However, two different people (or groups) own a song—the people who composed the words and music, and the singers or musicians who record a performance. But there are other people and agencies involved , too. And there are differences in how a song is purchased and different pay scales for different types of performances. It is a complex business.

HowStuffWorks explains how music royalties work. Learn who gets what, and about the different types of copyrights. The songwriters and performers are far from the only people involved in the process. Discover more about the companies that help monitor and sell copyrights. Copyrights protect a person’s creation. Licenses and royalties are what are paid to the artists and performers when other people want to use their song or recording. Put all these pieces together with an example. Then, put some numbers to it: how much do you think a musician earns every time someone hits ‘download’ or chooses to stream a song that is eight minutes long? How much do you think an artist earns every time their song is played on the radio? The answer will surprise you. Performance payments are different; learn about those, too.

Of course, even with all the legal definitions, licenses, and royalties, music and art can be subjective. This was emphasized again this summer whenRobin Thicke, crooner and co-writer of this summer’s mega hit, Blurred Lines, proactively sued Marvin Gaye’s estate and Bridgeport Music, owner of the group Funkadelic’s music. Gaye’s heirs claim that Blurred Lines stole elements of Gaye’s Got to Give it Up and threatened to sue for copyright infringement. Bridgeport Music suggested that Blurred Lines is too similar to the Funkadelic song, Sexy Ways. Thicke and co-composers, Pharrell Williams and Clifford Harris, respectfully disagreed. Their lawsuit argues that all the songs have in common are “commonplace musical elements” including a funky beat,and a falsetto voice. Listen to Blurred Lines and decide for yourself. (And if you find it so catchy you want to listen again, try the version with Jimmy Fallon and The Roots.) 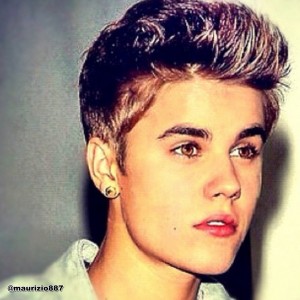 What does all this translate into in terms of dollars? Visit Rolling Stone and explore the New Economics of the Music Industry. Read the graphic and text on each page to discover how much money songs by artists such as Adele or Chris Brown make through subscription services, iTunes, YouTube, internet radio (Pandora) and cds. This money will be split by the songwriters, performers, and all those other people and agencies who work behind the scenes. As royalties become increasingly unstable, Rolling Stone suggests nine alternatives for musicians.

What if you do not have a soulful voice, but you do have a talent forcomposing? Some artists, such as Taylor Swift, write their own songs and collect the royalties for writing and recording. However, many others sing songs written by other people. How much money might a songwriter make if one of their songs makes it big? View one example: Rihanna’s Umbrella. 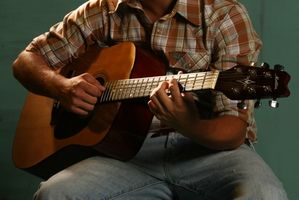 It is important to remember that making millions is the exception, not the rule. A rare few become mega-rich and mega-stars after years of being struggling. A 2012 FutureofMoney.org revealed that theaverage annual income for musicians spending 36+ hours “doing music AND earning 90% or more of their…income from music” is $62,757. Let us look at it from a different perspective: how many cds, downloads, or streams must an artist sell in order to make the United States minimum monthly wage of $1,160? View one long chart to find out.

As more and more listeners move to streaming sites, the royalties these companies pay (or do not pay) represent a larger share of a musician’s paycheck. Earlier this year, members of Pink Floyd wrote an editorial that was published in USA Today. In their letter, they warn musicians about Pandora’s ploys to renegotiate their royalties, and explain why they are opposed to such moves.

Pay attention to the local music events advertised in your [TargetNewspaper]. Who is performing? Where? Using what you have learned, what do you calculate the artist will earn for a performance?

Pay attention to the movies, television shows, and advertisements you watch this week. What songs are featured? Which artists' songs are most prolific?