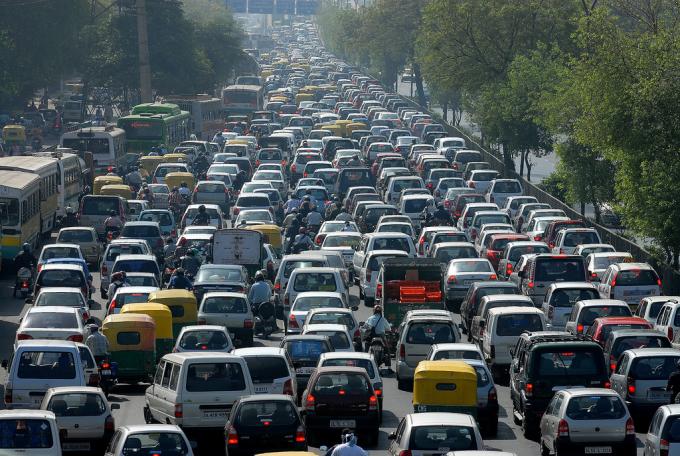 The Cost of a Traffic Jam 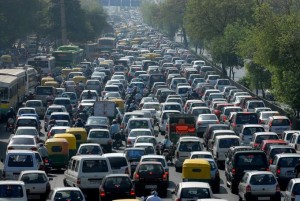 Americans, especially those who live and work in cities, are used to traffic jams. A traffic stand-still during rush hour is part of the commute. So when is a traffic jam not a traffic jam? When the traffic jam is at the center of a political scandal that threatens the political life of a governor, prominent Republican, and possible Presidential candidate. And when the traffic jam happens on the bridge that is the busiest motor vehicle bridge in the world. Then a traffic jam becomes so much more. 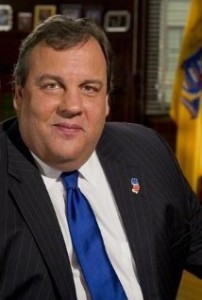 Christie is known for his out-spoken—some say bullying—style; he does not hold back and does not aim to please his critics or his party. But, as part of the election campaign, he did accept endorsements. The Democratic mayor of Fort Lee, New Jersey did not endorse him. In September, two lanes of traffic leading from Fort Lee onto the George Washington Bridge were closed for five days. The GW Bridge crosses the Hudson River and connects Fort Lee with Manhattan. Over 100 million vehicles a year cross the GW Bridge. To appreciate the Bridge’s geographic importance, look at a Google map. Although NJ Port Authority officials explained the lane closings were to allow a traffic study, the closings were hastily organized.  Some suspected they were retaliation against Fort Lee’s mayor. Emails from Christie’s Deputy Chief of Staff to Christie’s Port Authority appointee stating, “Time for some traffic problems in Fort Lee” support this opinion. 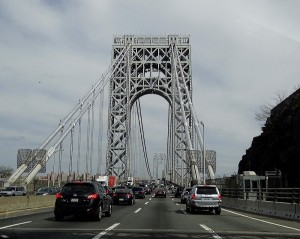 What is not known is how much Governor Christie knew and when. Did he orchestrate the traffic jam retaliation? Did he know about it before the story broke last week? Did he participate in a cover-up? Or, as he claims, was he betrayed by his closest advisors?

The traffic jam may have occurred in September, but only now are the political effects being felt. To date, two Port Authority employees, including Christie’s nominee, resigned. Christie fired his Deputy Chief of Staff. Federal prosecutors are investigating whether any federal laws were broken. Another federal investigation—into whether a woman died because an ambulance could not reach her—is pending. New Jersey state legislators have launched an inquiry into whether state laws were broken. A group of New Jersey citizens have filed what likely will become a class action suit against Governor Christie suing for lost wages due to hours spent in traffic, instead of at work. Apparently, even jaded New Yorkers and New Jerseyans have a limit: you don’t mess with traffic flow. 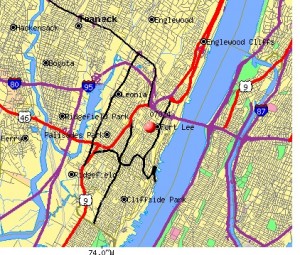 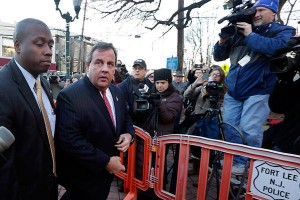 The biggest cost of traffic jams is obvious: time. Time spent sitting in traffic instead of doing the many things that make your life meaningful: being with your friends, reading a book, honing your insert-hobby-here skills, working. But, there is another cost as well: money. Money spent on gas that gets you nowhere but is burned while you wait in traffic. Money you are not earning because you are not working. Nationwide Insurance’s infographic, Highway Robbery: the real cost of traffic jams, reveals how many hours and dollars Americans lose each year because of traffic jams.

Much as we dislike congestion, it would be too simple to say traffic is bad. Traffic jams are most often associated with large urban centers—places with a thriving local economy. Older students may be interested in reading about the more nuanced relationship between traffic and economic growth.

The environmental costs of traffic are well documented. Carbon emissions contribute to global warming. But does traffic make people sick too? Scientists are studying possible connections between emissions and conditions such as Alzheimer’s and autism. 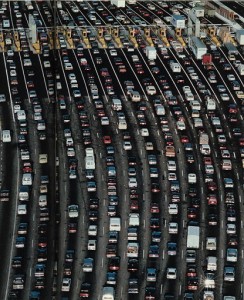 511NJ hosts a website full of useful road information meant to help drivers avoid congested areas. Drivers can track current driving times for popular routes, driving times for road project areas, current incidents that affect traffic flow, parking lot occupancy, and an interactive map of New Jersey interstates. All of this information is helpful to travelers planning a trip. However, traffic information has a few limitations. It is difficult to access safely while you are driving. It does not provide information about every road, so drivers who choose alternate route may unexpectedly end up in heavier traffic. And, it is not updated in real-time.

Congestion headaches are not limited to the largest US metropolitan areas. Roadways across the United States are strained. Select your homestate from the list in the right corner. Then click ‘here’ to view more detailed information.

With limited space for new lanes, especially in urban centers, and little money available for new road projects, clogged roads will remain. In fact, the traffic trends indicate, people are driving more miles. So, it seems, spending time in traffic jams is inevitable. Weather, detours, day and time of the week, and special events all play a part in congestion. If you will be driving in New Jersey, make sure your tank is full, and add political vendettas to the list of things that bring traffic to a stand-still.

Read the local newspaper this week with an eye for roads. How are roadways in the news? What projects are under consideration and why? What work is being done and why? How do you think of the roads you travel? Are they safe? How could they become safer or more efficient? Which of the congestion tools would you suggest be tried and why? Write an opinion piece to the Editor of the paper sharing your views.