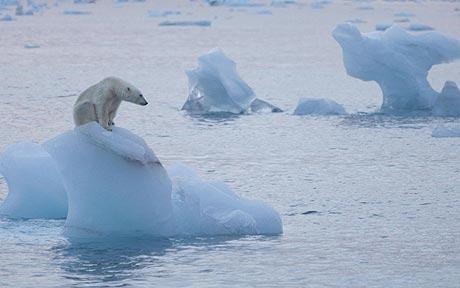 The Ripple Effect of Shrinking Glaciers

It has long been suspected that human activity is heating our planet and causing environmental changes that are changing Earth’s ecosystems around the globe and in our backyard. Global warming detractors question this, claiming Earth is dynamic and environmental change is natural.  That may be true; however, the issue is not whether Earth is dynamic. It is whether our activities change Earth’s environment at a rate, and in ways that destroy nature’s balance and alter the natural cycles and systems that make life as we know it possible.

This is not an issue for casual debate. Scientific evidence can support or rebut global warming and the role human activity plays. The International Panel on Climate Change is an inter-government body that studies scientific evidence of climate change to determine whether climate change is caused by humans and, if so, the impacts of that climate change. The IPCC also assesses solutions. IPCC members are leading scientists from around the world. Its members represent 120 countries. Thousands of scientists contribute on a voluntary basis; they are not paid. The IPCC, co-recipient with Al Gore of the Nobel Peace Prize in 2007, is considered a leading authority on climate change. 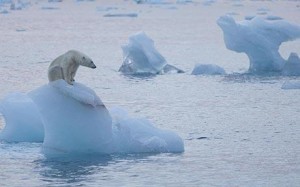 A report assessing the latest scientific evidence about climate change is expected from the IPCC in 2014. Last week, a draft of that report was leaked. In it, IPCC scientists find with 95% certainty that human activity is the cause of recent global warming. It also warns that sea levels could rise in excess of three feet by 2099 if we do not curb carbon emissions.

What evidence is there that leads the worlds’ leading experts in climate change to state that human activity is causing global warming? What makes this warming different than previous, natural changes in temperature? What changes result in oceans rising? What does this have to do with human activity, especially human activity that is not near a sea? What could possibly be wrong with a little more water in the ocean? You need not swim the seven seas to find out; the answers are only a few clicks away. 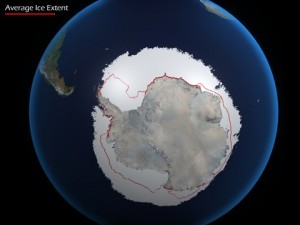 Global warming is big business. Industries with something to sell—coal, electricity, oil, cars—pour big money into studying global warming and into lobbying for government policies, standards, and laws that favor them. It is important to consider the source when searching for information about climate change.

The National Oceanic and Atmospheric Administration (NOAA) is a United States government agency that monitors the condition of the oceans and the atmosphere. Many of these changes are indiscernible to the naked eye. Many of the locations scientists monitor are difficult to reach. What methods do NOAA scientists use to track these environmental changes? As you read, keep track of their methods.

For a suite of graphs, scroll down to view NOAA’s Global Climate Dashboard. Spend some time examining the nine factors listed under the Climate Change tab. How has the temperature increase of the past 50 years been different than previous temperature changes?  How does carbon dioxide cause the earth to warm? What daily habits or activities of yours use carbon dioxide? What might you do differently to reduce your carbon dioxide output? What does it mean that the seas are rising? Where is this new water coming from? What questions about sea level are scientists still working to answer? What are some consequences—negative and positive—of the shrinking Arctic sea ice extent? How do warmer oceans affect the marine biome and life on land? What is happening to the world’s glaciers? Create a graphic that displays the relationships between glacier size, ocean temperature, sea level, global temperature, and carbon dioxide. 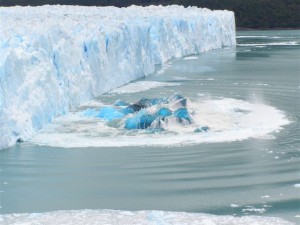 The upcoming IPCC report mentions rising seas as one consequence of global warming. To understand why seas rise, you must travel to the extremes of the globe—the Arctic and Antarctica. Do this with a series of PBS videos hosted by TeachersDomain.org.  Visit Antarctica’s immense field of glaciers and discover the difference between sea ice and glaciers.  See how sea ice forms, and how it changes with the seasons. Examine the factors that affect glacier size, as well as the functions glaciers serve. Learn more about the long-term effects of melting glaciers. How will a rising sea affect people in New York city, South Africa, Australia, or Italy? Why do melting glaciers contribute to rising sea levels moreso than melting sea ice? View a map of Antarctica’s ice sheets. Use the link in the upper right corner to view If the Ice Melts. This feature allows you to see sea levels’ impact on the northeastern United States, Florida, Northern Europe, and Southeast Asia. Select a row and click on each thumbnail in turn to see that coastline 20,000 years ago, and if the eastern or western ice sheet melts. Sometimes, a photo speaks a thousand words. View side-by-side photos of how glaciers around the world have changed.

It is not possible for one reader to monitor the many scientific organizations and scientists who study climate change. Instead, you can rely on your local newspaper, the [TargetNewspaper], to report the latest evidence or theories.  As residents of Earth, it is important that we continually monitor the planet’s health, and asses how our individual choices and activities affect Earth. As you read your [TargetNewspaper] this week, select one article each day that relates to climate change. Share the article with classmates—post it on a social media site such as Facebook, share it on your blog, Tweet about it, or go low tech and pass it around—and begin a conversation with others about how the article relates to climate change, why what it reports important, why it resonates with you, what questions it provokes, and how it connects to you, your habits, and your values.