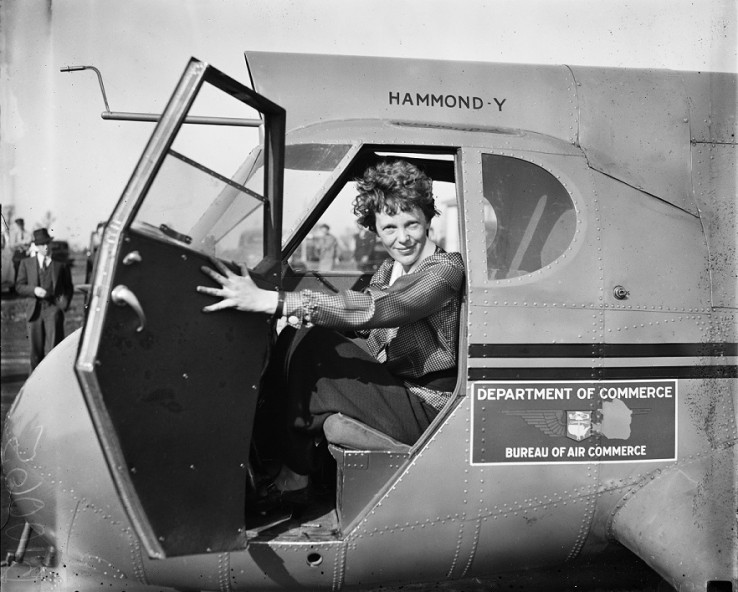 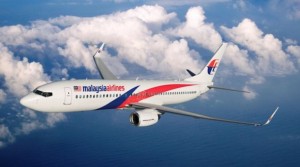 On March 8, Malaysian Airlines Flight 370 left the airport in Kuala Lumpur, Malaysia for Beijing, China. It never arrived. Over a week later, rescuers continue to search for the plane and its 239 passengers in huge swaths of the Indian Ocean west of Australia, as well the mountains of Central Asia. The multi-national rescue effort now involves 25 countries. 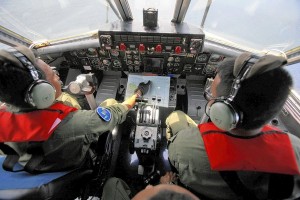 For the past week, people around the world have wondered, ‘How does a plane vanish?’ In this age of modern aviation and sophisticated technology, how does a 200-plus foot plane, the world’s largest twinjet, elude radar pings, satellites’ invisible eyes, and gps tracking? Why did the plane veer radically off-course and where is it now? Follow what is known with the New York Times’ Q and A. The lack of answers is baffling to a world-wide audience, and frustrating to searchers. It is heart-wrenching to friends and families.

This is not the first time a plane has disappeared mid-flight. History offers other examples. Perhaps the most famous American aviation mystery (and most relevant during Women’s History Month) is the disappearance of Amelia Earhart. Nearly seventy-seven years after Earhart and her navigator, Fred Noonan, disappeared over another ocean, theories abound but the mystery remains. Step back in history and revisit Amelia Earhart’s life, her historical importance, and her final flight. 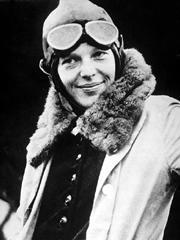 Family and friends often enjoy retelling childhood stories. Sometimes the stories are funny or sweet. Other times, they are just embarrassing! “Remember the time that he…” Some stories demonstrate when our love of something began. “Oh, she always did enjoy…” Some stories reveal our character at an early age; stories of courage, persistence, or patience. “Oh she’s always been like that. Do you remember when…?”

Visit the Amelia Earhart Museum in Atchison, Kansas to learn more about Earhart’s early years. Click the Amelia Earhart tab on the dropdown menu in the left margin, then select childhood. Read the stories her friends and family tell about Amelia as a child. What qualities and characteristics do you predict a female in the early 1900s would possess to become a world-class pilot? Read a brief biography of Earhart.

Her Place in History

Earhart was an accomplished aviator. She was also a staunch supporter of women’s rights. Revisit the World of Amelia Earhart by exploring Scholastic’s interactive timeline. Scroll left to the first date, 1897, the year Earhart was born. Advance along the green timeline; click the green dots above the timeline to read more about key events in Earhart’s life and the world icons below the timeline to read more about world events. How is Earhart influenced by world events? 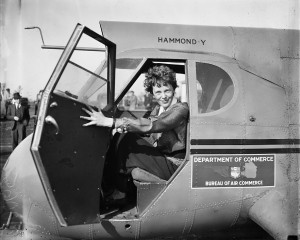 Travel back to the Amelia Earhart Museum, this time to read primary-source documents. Aviation was still relatively new at the time; Earhart she was only the second person to successfully fly across the Atlantic Ocean. Several of her accomplishments marked firsts for anyone—male or female. Read news clips about Earhart’s exploits. Read the Associated Press account of Earhart’s transatlantic flight, and her flight from Hawaii to California. Read about her influence as an aviator. Watch the short Smithsonian Institution video about Earhart’s airplane, the Lockheed Vega for a sense of what made the plane she flew during her transatlantic flight innovative for the time, and for a sense of how different her plane was from contemporary commercial planes.

Although Earhart was an influential and successful aviator, history remembers Earhart primarily for her final fateful flight. Earhart’s final flight was near the end of her route around the world. Follow her route and progress around the world by reading the bulletins (page 1, page 2, page 3) printed at the time in the Atchison Daily Globe. Scroll down, and then up, to read the bulletins in chronological order.  Use Google Maps to mark her route.

Finally, watch two excerpts from PBS’ Amelia Earhart: The Price of Courage. First, watch the introduction (1:08 to 5:25) and hear author Gore Vidal and narrator Kathy Bates explain what made flying—and Earhart—remarkable at that time. Next, watch from 38:29 to the end to learn about Earhart’s final journey: the team, the equipment, the challenges, and the rescue attempts.

The loneliness of a vast ocean has not changed in seventy-six years. Today, as we read news updates of Malaysian Flight 370 in the newspaper, we are reminded of this.

As you read your local newspaper, look for news about transportation, or adventures that take people to the edges of human experience. Create a class a bulletin board or online interactive where classmates can read the articles selected, share their questions and reactions, and make connections between them.