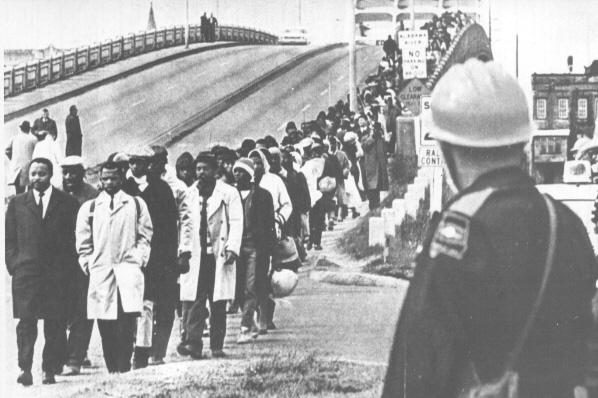 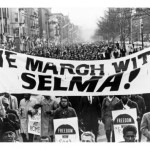 ‘Bloody Sunday’… an ignominious title that no town in America would ever wish to have.

On March 7, 1965, Selma, a small town in Dallas County, Alabama went from being a quiet rather unknown place to a community splashed all over the news and front pages of the papers. The town was the site of a brutal and vicious assault on a group of peaceful protesters. 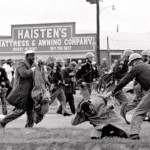 Just a couple of months before, Martin Luther King, Jr. with many supporters, led demonstrations on the Dallas County Courthouse steps protesting the continued resistance to the black vote. 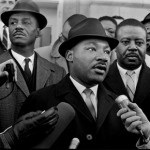 On February 17, an Alabama police officer fatally shot Jimmy Lee Jackson, a protester. On March 7, over 600 protesters organized under the leadership of John Lewis the Student Nonviolent Coordinating Committee (SNCC) and the Southern Christian Leadership Conference (SCLC) to march from Selma to Montgomery, Alabama to protest the unjust shooting of Jackson. Indeed, no longer was Selma a small quiet unknown town. The citizens of color in this community were simply fed up and were determined to peacefully, but diligently, let their government officials know that they had had enough and were ready to operate as fully equal citizens and thus place their vote. For a quick overview, watch the video clip from History.com about the Selma-to-Montgomery march. 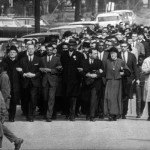 As protesters crossed the Edmund Pettus Bridge over the Alabama River, Alabama State Troopers shot tear gas into the crowd and brutally attacked the crowd. They ended up wounding and sending to the hospital over 50 protesters.  The shock of this ruthless and violent attack spread throughout the news all over the nation. 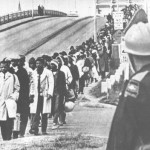 Before the terrible tragedy of that day, the lead up occurred from 1961 to 1964, when the Student Nonviolent Coordinating Committee (SNCC) led a voting registration campaign in this traditionally black-resistant community. Both Martin Luther King, Jr. and the Southern Christian Leadership Conference (SCLC) brought the intransigence of Selma to national concern. The 1964 Civil Rights Act was a catalyst for change in a number of towns and communities throughout the South.
The Academy Awards recognized the recent movie ‘Selma’ by nominating it as the ‘Best Picture’.  This past weekend, on the 50th anniversary, communities all over the United States acknowledged and memorialized the tragedy that unfolded on that terrible day in 1965. Find out more about the memory of this tragedy from these news sources: 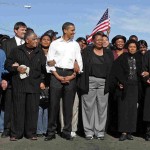 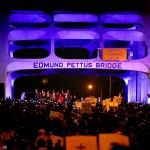 Continue to read about the 50th Anniversary of this terrible event in United States History this week. Conduct your own research online and read more about the events leading up to that tragic day.

As you read the local newspaper this week, consider the events that happened 50 years ago. Write a summary of the events that occurred and explain why it is so important to remember the efforts of the protesters. They marched and protested in order to attain equal rights for everyone and it took a tremendous amount of courage to achieve that.

CCSS.ELA-LITERACY.RH.6-8.4
Determine the meaning of words and phrases as they are used in a text, including vocabulary specific to domains related to history/social studies.