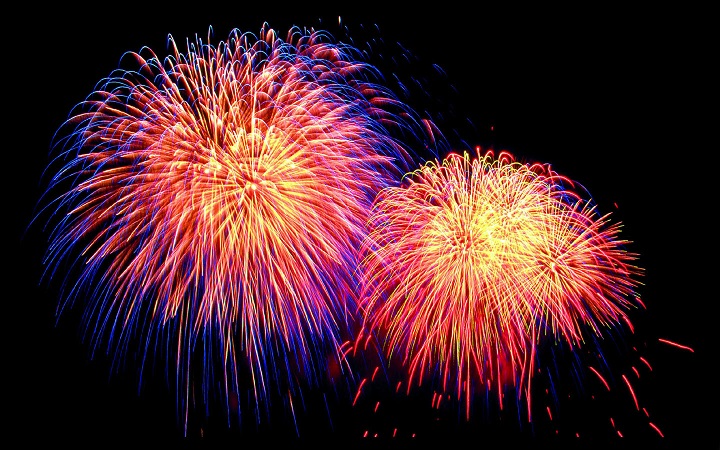 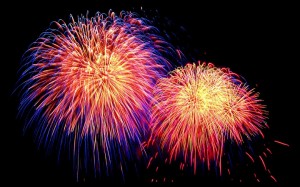 Whiz. Bang! Ahh! On the Fourth of July, fireworks displays will amaze Americans from sea to shining sea. It is just as John Adams, the first Vice President and second President of the United States, imagined when he wrote to his wife Abigail: 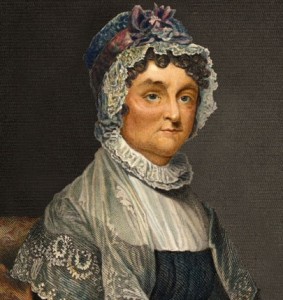 I am apt to believe that [Independence Day] will be celebrated, by  succeeding Generations, as the great anniversary Festival. It ought to be   commemorated, as the Day of Deliverance by solemn Acts of Devotion to God Almighty. It ought to be solemnized with Pomp and Parade, with Shews, Games, Sports, Guns, Bells, Bonfires and Illuminations from one End of this Continent to the other from this Time forward forever more. You will think me transported with Enthusiasm but I am not. I am well aware of the Toil and Blood and Treasure, that it will cost Us to maintain this Declaration, and support and defend these States. Yet through all the Gloom I can see the Rays of ravishing Light and Glory. I can see that the End is more than worth all the Means. And that Posterity will tryumph in that Days Transaction, even altho We should rue it, which I trust in God We shall not.

As you look skyward at the blossoming peonies, cascading waterfalls, and skittering wagon wheels, do you ever wonder about fireworks? How were fireworks discovered?How are fireworks made? What gives them their colors and shapes? 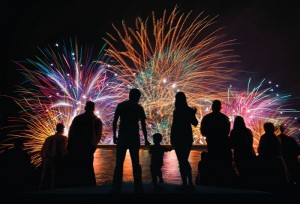 Fireworks were born thousands of years ago in China. They began, quite by accident, and with a bang that was impossible to ignore. Early alchemists worked to understand and to manipulate these explosives. Their discoveries led to gun powder, cannon balls, and fireworks. See how one innovation led to another; read more about the history of fireworks.

Just as they were in the beginning, fireworks are still constructed by hand. Visit the Kennedy Center’s exhibit, The Art of the Explosion and take a closer look at how a firework is built. Select ‘build’ and then open the page titled The Making of a Shell. After a firework is built, the challenge is to launch it into the air and then detonate it. Watch the PBS video Firework Lift to discover how fireworks are propelled hundreds of feet into the air. 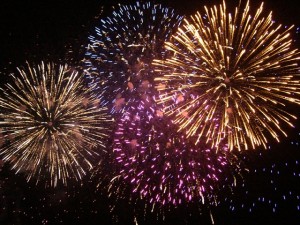 For thousands of years, the recipe for the gunpowder used in fireworks did not change. However, during the Italian Renaissance scientists experimenting with colored fireworks made important discoveries. Watch the PBS video Fireworks! Making Color to see what they learned.

More recently, pyrotechnics have added new fireworks shapes. Firework hearts and even smiley faces now light up the sky. How are these shapes created? Scroll through Popular Mechanics Firework Gallery to see how fireworks are packed to produce shapes and examples of some fancy fireworks. How do you think these fireworks were packed to produce each effect? Try your hand at identifying the types of fireworks in six short video displays.

Advances in pyrotechnics have added colors and shapes, and allowed for precisely timed detonation. What does the future hold for fireworks? Dr. Conkling, a pyrotechnic expert, shares his thoughts on the future, safety, and how firework shows differ around the world. 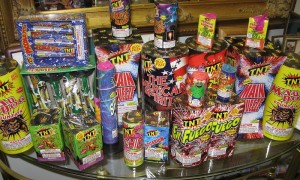 Fireworks are beautiful to watch, but they are explosive and incendiary. That makes them dangerous. Controlled conditions and special equipment help protect those handling the pyrotechnics—and the audience—at professional events: wind conditions and fire risk are checked; wires are tested; police and firefighters give permission, set up safety zones, and are on alert; water is nearby. Buying pyrotechnics such as sparklers and fireworks for family celebrations has become increasingly popular; however, without precautions, it comes with a higher risk of injury.

Ask yourself: would you give a young child a blow torch? Sparklers are one of the most popular pyrotechnics for family gatherings, yet they are as hot a blow torch. Sparklers spray and sizzle small sparks of flames that are up to 2,000 degrees Fahrenheit. That is hot enough to burn metal, clothing, and skin. Learn more about family firework safety. View the U.S. Consumer Product Safety Commission’s infographic about firework injuries. Are you ready for a safe Fourth? Finish with a safety quiz.

Use your local newspaper to track the Fourth of July celebrations near you. Where and when are the local fireworks celebrations? Why might these locations appeal to police, firemen, or event organizers? If you were to design a fireworks display, what fireworks styles and colors would you use? Explain what other features (ie: music) would you include? What would you do to ensure the audience's safety? Attend a fireworks celebration and write a review of its design and safety.