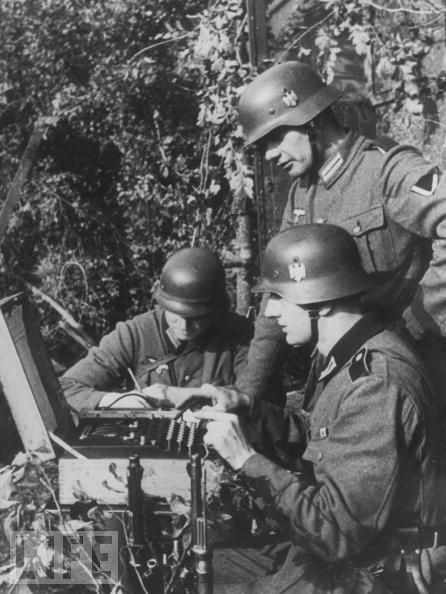 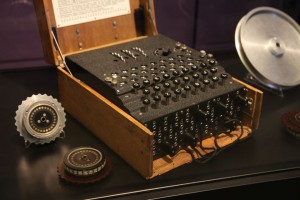 The World Wars certainly produced the rapid advancement of machines and technology on both sides of the Atlantic. As necessity often has proven, innovation was bred as patriotic scientists and inventors raced to devise the next best device that would save their nation. One of the most fascinating machines to emerge from the chaos and mayhem was the electro-mechanical rotor cipher – a mechanism used to encipher and decipher secret messages.  German engineer Arthur Scherbius invented the coding machine that would be used throughout World War II – the Enigma. 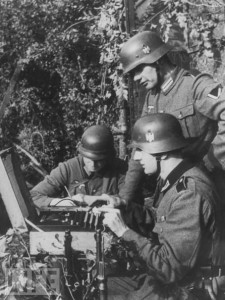 The Enigma was so tight that the Allies could not penetrate through to interpret communications between Nazis and their Axis associates. The Polish Cipher Bureau, led by the cryptologists, Marian Rejewski, Jerzy Rózycki and Henryk Zygalski, was the first to find a way to use theoretical mathematics to reverse engineer the machines. As the Nazi enigma machines increased in complexity, there still was not a complete code-break-through.

In Bletchley Park, Britain, Alan Turing quietly and earnestly worked at the Government Code and Cypher School. Known for his eccentricity and his voracious craving for learning and knowledge, Turing was fascinated with artificial intelligence (AI.) He actually hoped to find a way to preserve the past consciousness of people once they died. He toiled tirelessly and ultimately discovered a technique for cracking the German ciphers. He faced skepticism but his determination let to (according to Winston Churchill), “Turing making the single biggest contribution to Allied victory in the war against Nazi Germany”. (BBC Profile: Alan Turing) 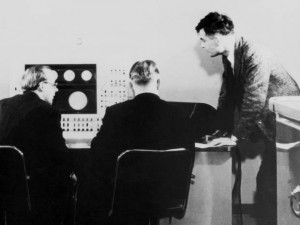 Despite Turing’s immense successes and obvious role in contributing to the end of World War 2, his homosexuality was revealed in 1952. Britain was still a very conservative place where gay men and women lived secretly. He was convicted of gross indecency after admitting a sexual relationship with a man. Turing lost funding for his research and was isolated professionally. There was a rapid decline in his research and progress and the final two years of his life were steeped in misery.

This week, the ‘The Imitation Game’ opens in theatres. The movie, already poised to earn Oscar nods, presents an overview of Alan Turing’s professional life. With the return of interest to fascinating topic, newspapers are covering the historical story with exuberance. 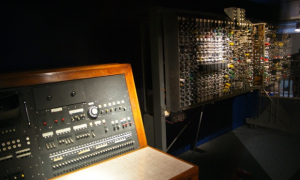 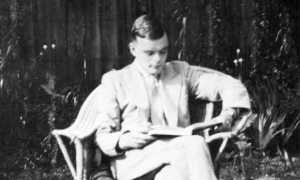 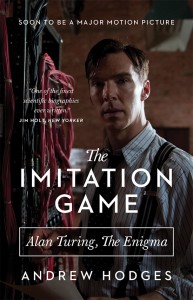 Alan Turing was a wildly left-brained philosopher and yet, also a detail-oriented mathematician – the combination of which allowed him to view problems in ways that no one else could. He has been immortalized as the ingenious code-breaker who cracked the Enigma code during the World War 2. Unfortunately, he is also remembered for his prosecution for a homosexual relationship in 1952 – followed by his suicide two years later at the age of 41. This world-renowned hero was the sad victim of a homophobic establishment that prevailed in Great Britain and throughout the world at that time. The upcoming movie invites us to consider the balance of brilliance with unconventional methods and issues of societal bias and convictions.

As you follow the local newspaper this week, look for articles that cover the Enigma and Alan Turing. Read the reviews and look for any interviews. Compose a list of five questions that you would ask if you could have interviewed him immediately after he cracked the code of the Nazi Enigma.